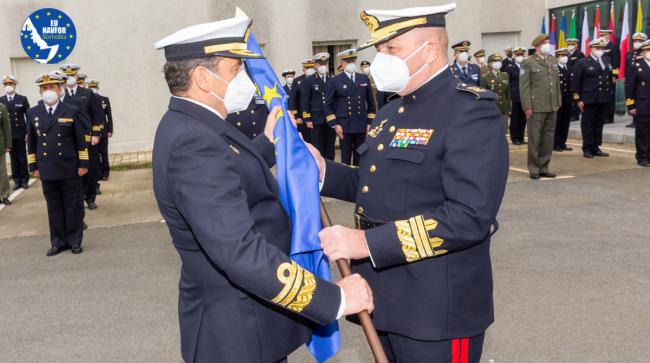 Since he took command on 1st October 2019, Major General Planells maintained the operational continuity in order to continue EU NAVFOR Somalia´s efforts to deter, prevent and repress piracy in the Southern Red Sea, the Gulf of Aden and Western Indian Ocean and protect World Food Programme aid deliveries to Somalia as well as other vulnerable vessels in the Area of Operations. He laid the ground for the operations’ extension towards 2022 and the adjustments to the new mandate.
Building on the operation´s success of suppressing piracy off the coast of Somalia and taking into  account the interconnections of maritime crimes, the new mandate increases Operation ATLANTA ability to contribute to a rule-based order at sea and to support the implementation of the UN arms embargo on Somalia, thus contributing to the ongoing fight against terrorist networks and its funding
streams.

Over the last 13 years, EU NAVFOR Somalia has become an internationally respected part of the broader regional maritime security architecture, working hand-in-hand with national and multinational military and civilian partners to uphold freedom of navigation. ATALANTA assets have contributed to the drastic reduction in Somali piracy witnessed off the Horn of Africa and Western Indian Ocean. 171 suspected pirates were detained and transferred into African justice systems. This ‘legal finish’ has proved to be a powerful deterrent and remains one of the most important achievements in the 13 years of operation ATALANTA.

Today, although pirate attacks may still occur, commercial shipping can transit the region in relative safety, knowing that naval forces are present and able to assist, if necessary. “I knew when I took over command that my main challenge would be to build on the successes of my predecessors and consolidate ATALANTA as a key maritime security provider in an area of growing strategic importance. And we have done so under unexpected and difficult circumstances, with the invaluable and steady support of all EU Member States, especially France and Spain as Host Nations, Contributing Nations, our military and civilian partner organisations and the representatives of the shipping industry; to all of them, I would like to convey my heartfelt gratitude.” (Major General Planells) Vice Admiral Eugenio Díaz del Río Jáudenes takes over command of the operation after a long and successful career during which he served, among others, as Commander of the Spanish Navy AEGISArea Air Defence Frigate "Mendez Nunez" deployed to the Indian Ocean as part of the Royal Navy ORION-08 Task Group conducting antipiracy operations off the Somali Coast and as Commander of SNMG2 where he deployed to the Mediterranean and Black Sea and the Indian Ocean and Persian Gulf with duties as CTF 508 of the NATO Anti-Piracy Operation Ocean Shield and as Chief of Staff of the Allied Maritime Command. “My priorities as new Operation Commander will be to return to the situation prior to the COVID outbreak by re-establish the operational routine of our assets. In order to do so, the vaccination of crew and staff will be a turning point. Furthermore, we need to put into practice what has been established in our new mandate and continue exploring ways to cooperate with other actors present in the region to further improve the efficiency and effectiveness of the operation. And I am positive when I say, we have what it takes to succeed.” (Vice Admiral Díaz del Río Jáudenes) 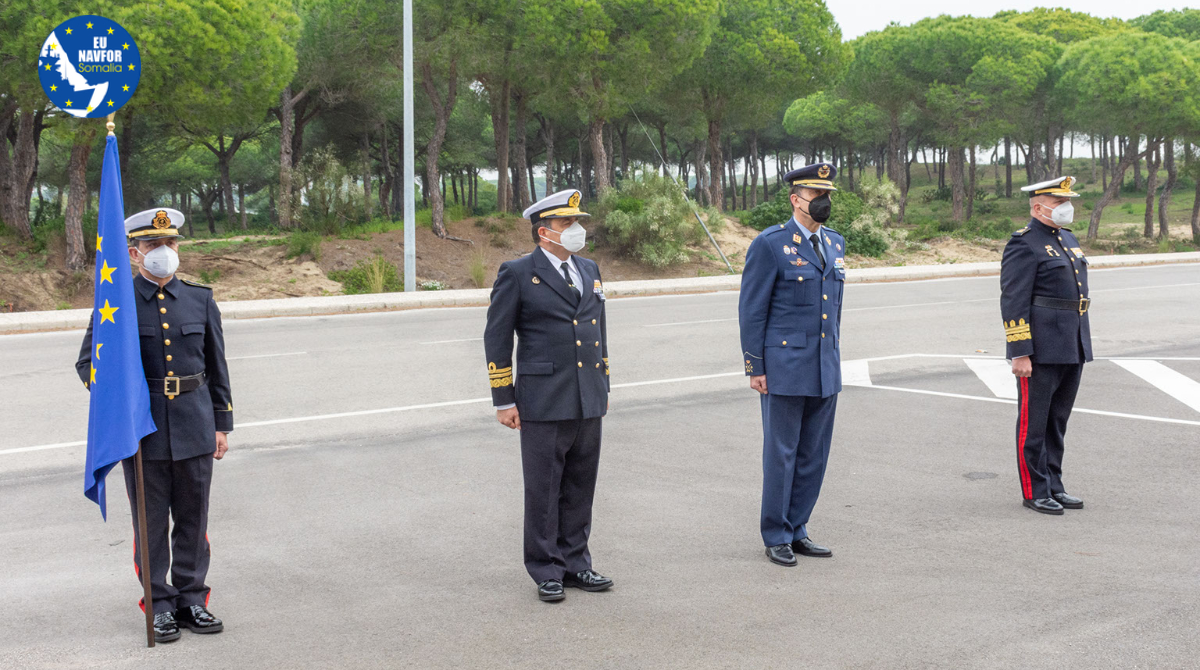 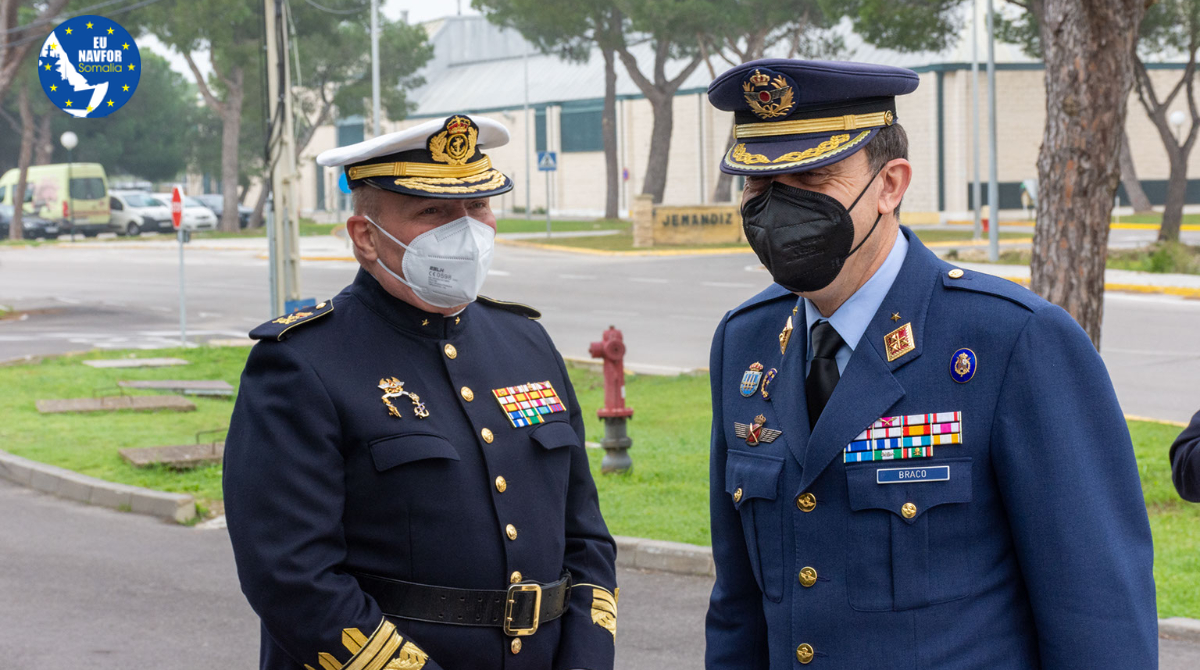 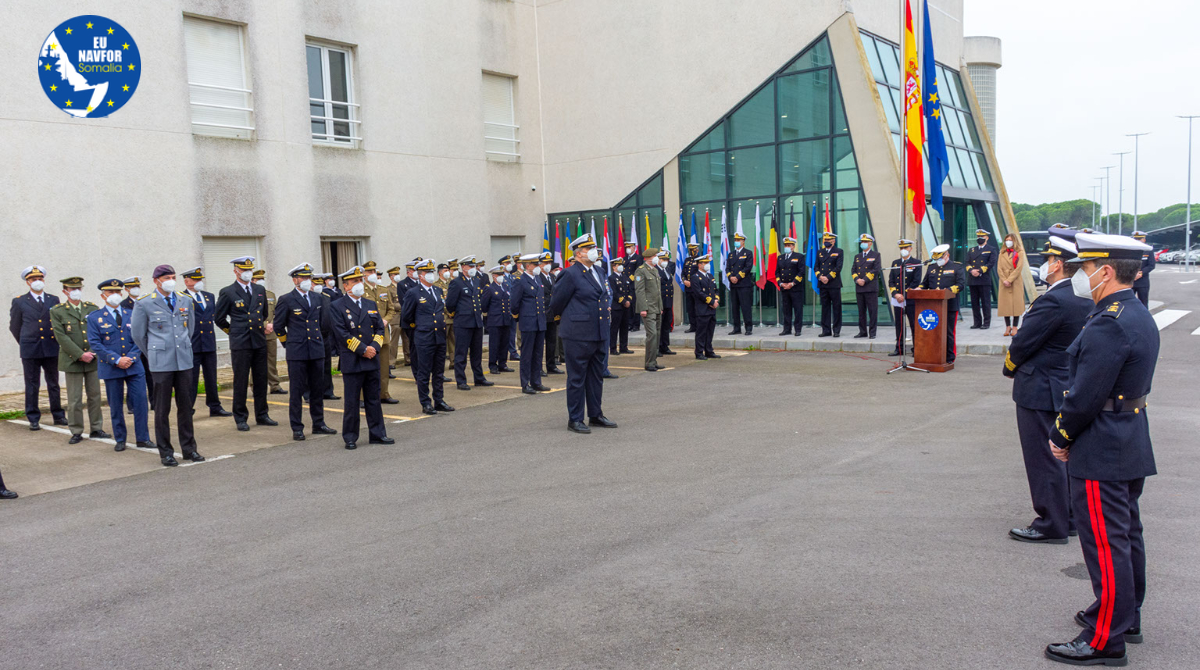 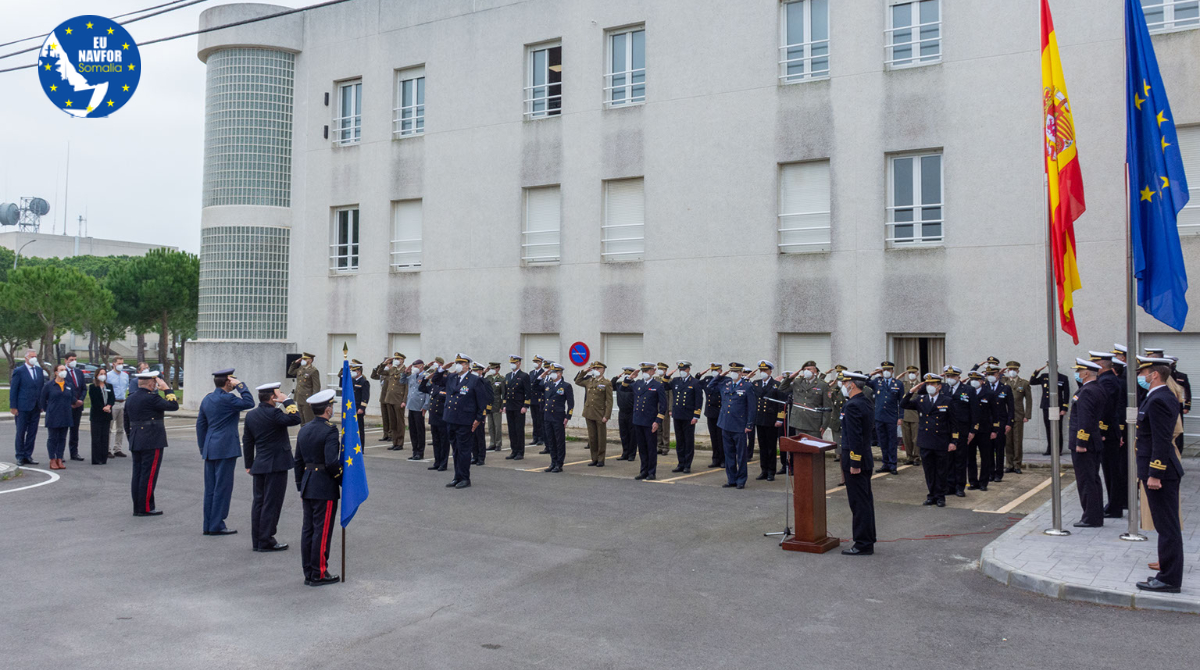