Operation Atalanta Bids Farewell to Italian Warship ITS Carabiniere and the 37th rotation of the EU NAVFOR Forces Headquarters under Rear Admiral Luca P. Esposito of the Italian Navy 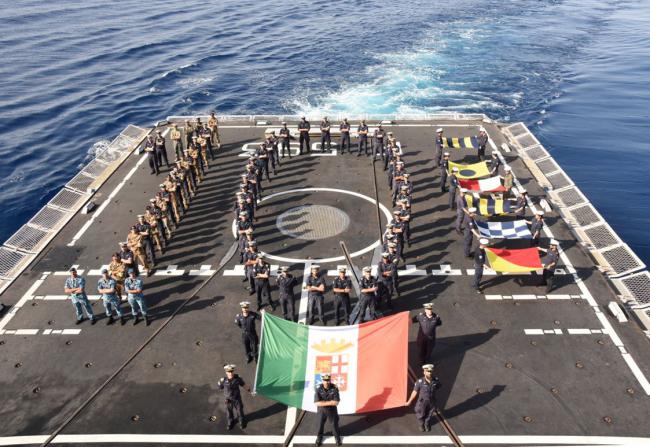 On 4th August 2021, RAdm (IT N) Luca Esposito handed over command of Task Force 465 after 141 days of being deployed in the Western Indian Ocean. The 37th rotation of the Force Headquarters took command on 17th of March and ensured that Operation ATALANTA kept delivering against its tasks, deterring piracy off Somalia and contributing to uphold maritime security in the area.

During the deployment ITS CARABINIERE acted as the flagship, with ESPS Castilla, the ESPS Navarra, the Spanish Maritime Patrol Reconnaissance Aircrafts and the Autonomous Vessel Protection Team from Lithuania and Serbia completing what is known as CTF465. These assets enabled the Force Commander to protect vulnerable and WFP shipping, to successfully conduct several focussed operations and exercises with partners in the area. The force was further enhanced by contributions from France, Belgium and the Netherlands, with assets deployed in the area providing Operation Atalanta with either direct or associated support. 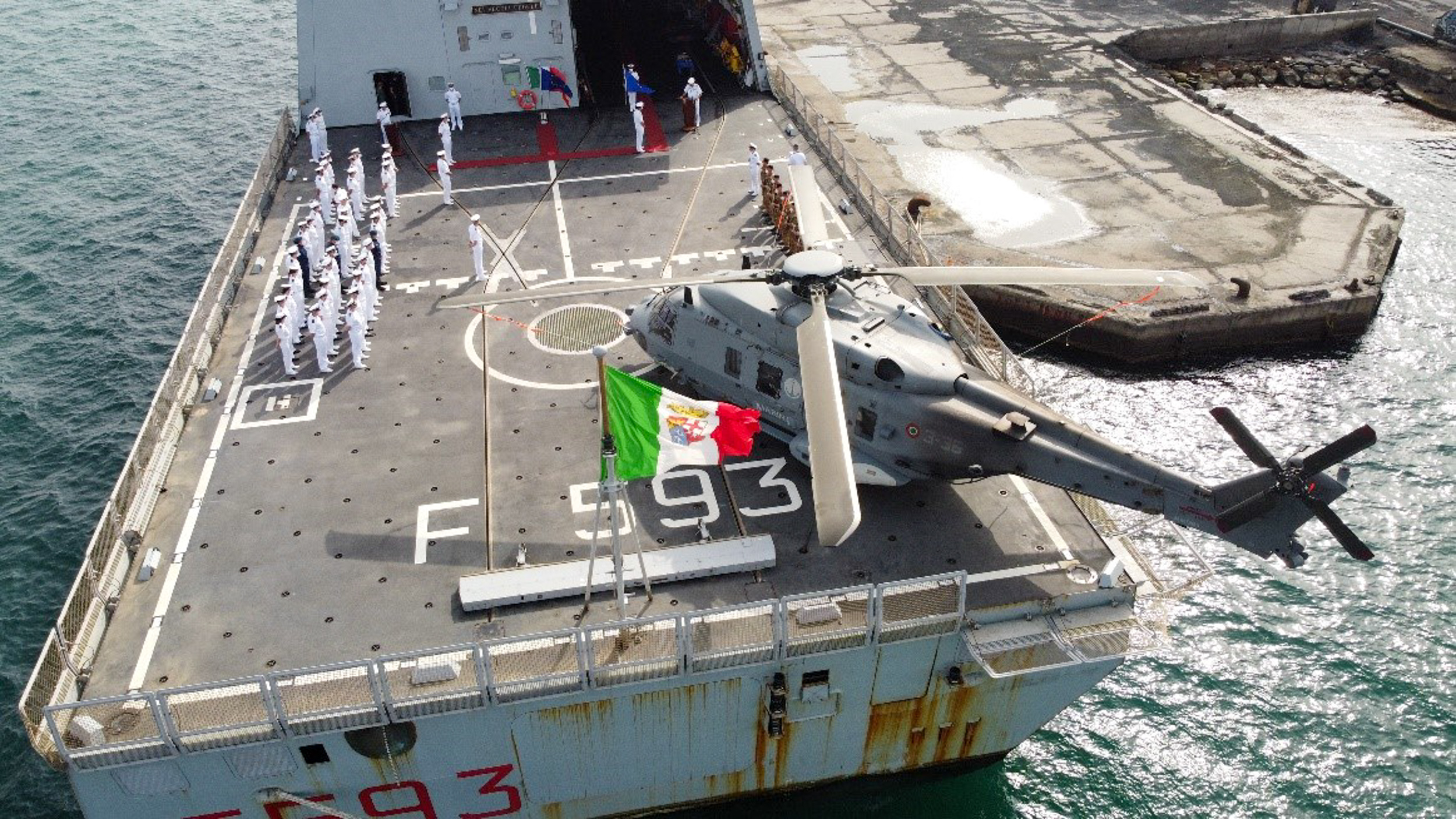 Starting with the visit of Italian Minister of Defence on board ITS Carabiniere, the 37th rotation has successfully conducted several engagements with Somali leaders and authorities, female representatives, Heads of European and international missions present in the region.

For the last five months, EU NAVFOR Somalia units monitored WFP chartered vessels and, on three occasion, a direct escort was carried out. The last escort took place between 28th and 29th of June, with ITS Carabiniere escorting the merchant vessel ‘Best Voyager’
through the Gulf of Aden to Berbera.

“It’s been five intense and awesome months and it seems like yesterday when I took over the tactical command of Operation Atalanta, but it is now time to hand over the Task Force 465 to RAdm Alejandro Cuerda. It was a great privilege to command the European Naval Force in Somalia and contribute to the maritime security of the Indian Ocean fighting piracy, I am convinced the mission of Operation Atalanta maintains today all of its original significance, even more so with the renewed mandate. I have learned a lot during this challenging deployment, that there is still a lot to do in this area of the world, that a lot of people and organizations are working hard to help building a better future for Somalia, and I’ve learned that the only way forward to preserve freedom at sea is through cooperation. I am grateful for the opportunity I have been offered as Force Commander, and I am grateful to my Staff and the Commanding Officers and crews of the assets under my command, for their commitment and outstanding performance that helped transforming that opportunity into an unforgettable experience, both personally and professionally.” 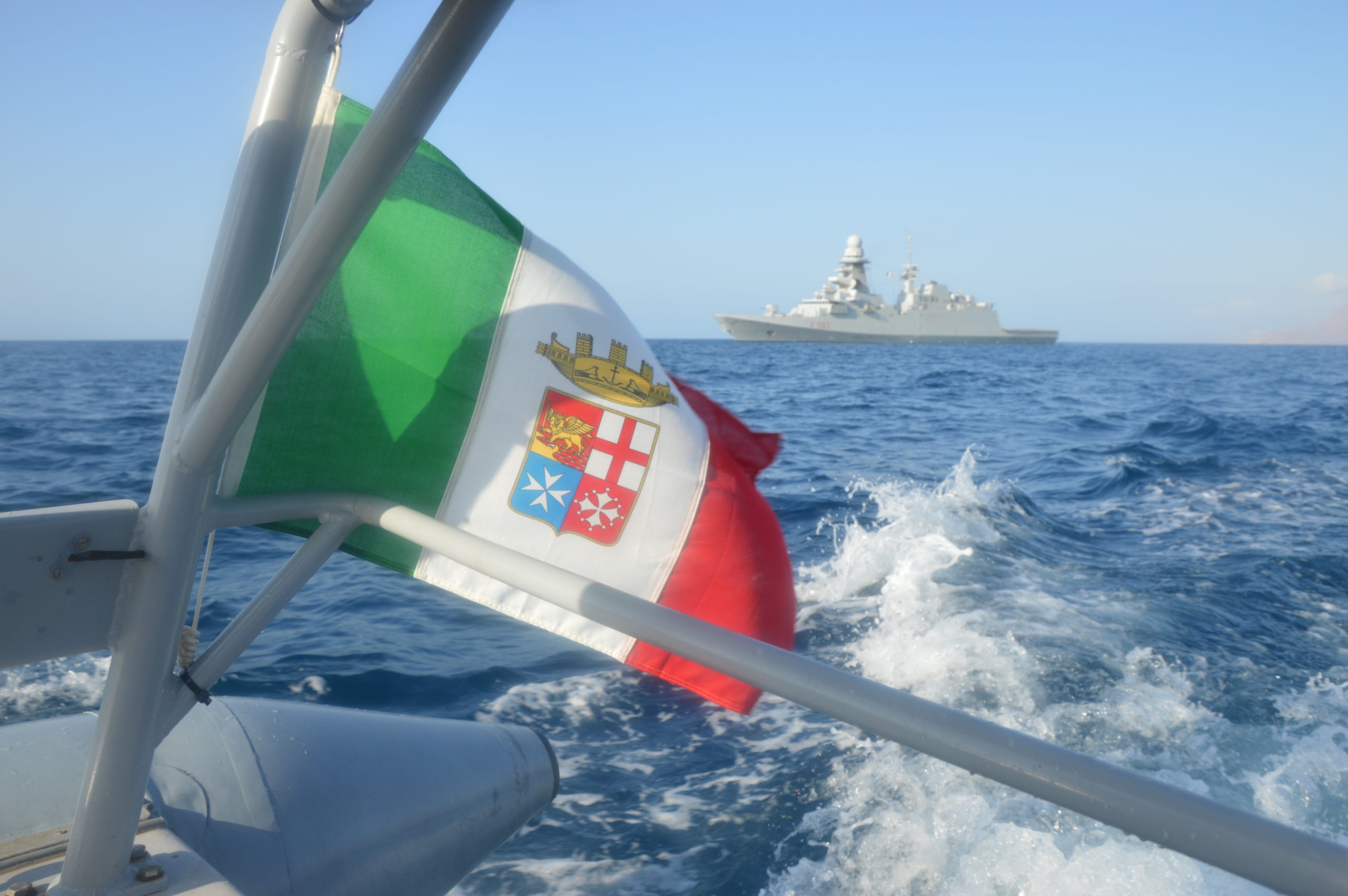 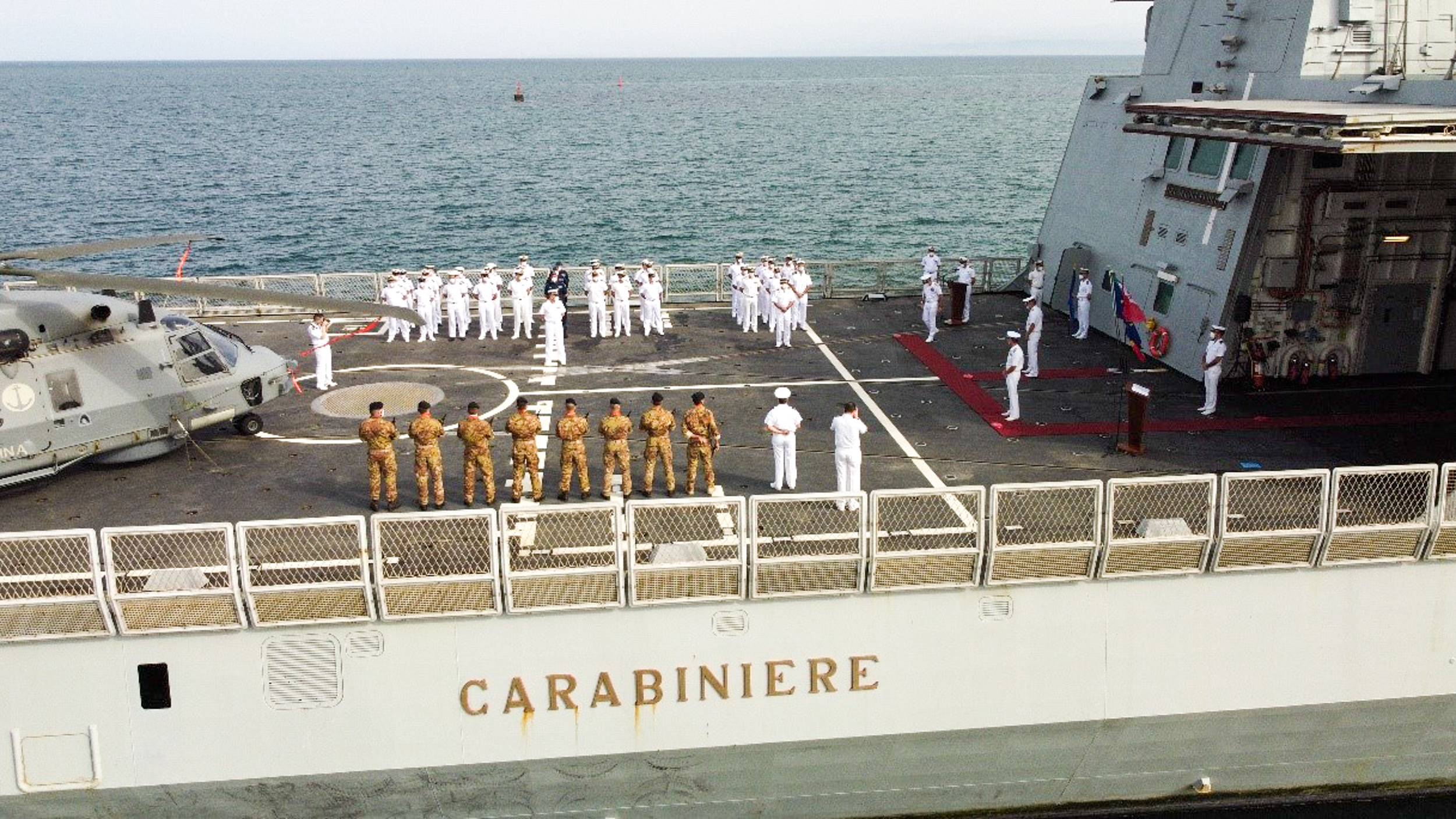 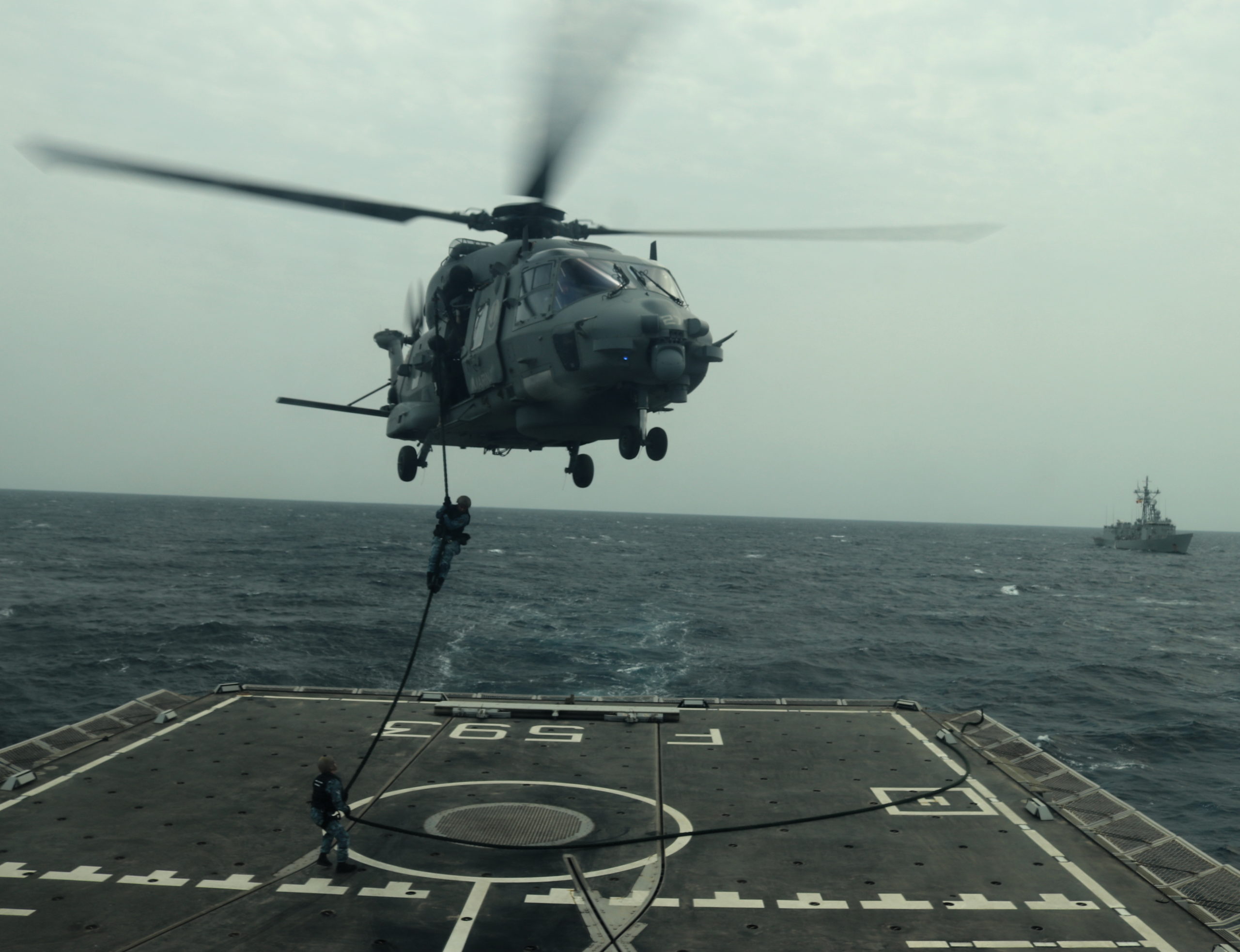 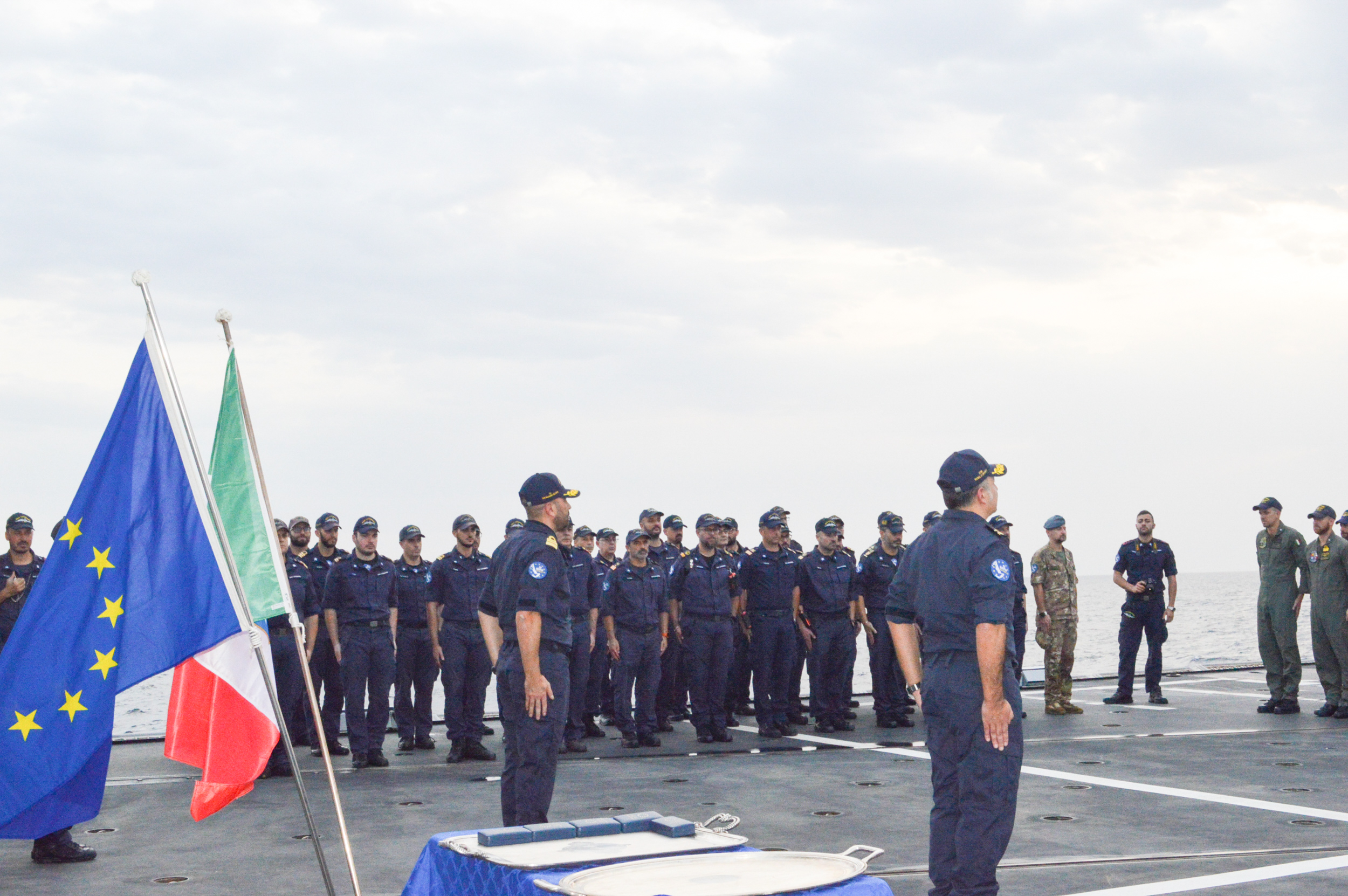