The Sultanate of Oman & EU NAVFOR ATALANTA strengthen their relationships 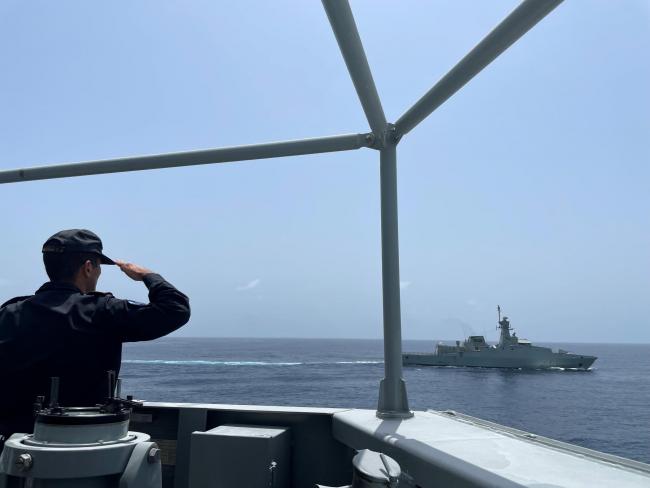 On 31st May, EU NAVFOR ATALANTA Spanish Ship “Canarias” conducted a Joint Maritime Activity with the Royal Navy of Oman. The different exercises consisted in manoeuvres and communications with flashing lights and flags. Despite their simplicity, these activities require very precise previous coordination. For this reason, Omani officers visited the Spanish frigate to hold a face-to-face meeting and discuss all aspects of the exercise, including security measures.

The Sultanate of Oman has been a major partner of Operation EU NAVFOR Atalanta since its inception in December 2008 and it is considered a key actor in the international response to piracy off the coast of Somalia. Despite the many restrictions internationally imposed by the COVID-19 pandemic, Oman continued to provide logistical support to the Operation and the Omani ports of Muscat, Duqm and Salalah remained the most frequently used by EU NAVFOR vessels

The cooperation between the Oman Navy and EU NAVFOR highlighted during this exercise depicts the existing fluid and fruitful relationship. This relation was enhanced on the occasion of a visit by an Omani delegation, led by the Head of the Maritime Security Centre Muscat, Commodore Mohamed Hamoud Al Zadjali, to the EU NAVFOR Operation Atalanta HQ in Rota (Spain) on 6th September 2021.

Following this visit, Portuguese Commodore Joao Pereira, Commander of the EU NAVFOR Somalia Force, was received in Muscat by VADM Abdullah Bin Khamis Al Raisi, Chief of Staff of the Armed Forces of the Sultanate of Oman, and by RADM Saif Nasser Al Rahbi, Commander of the Royal Navy of Oman, reinforcing the mutual relations between ATALANTA and the Sultanate's Military Authorities. On this occasion, the objectives were to exchange and identify common views and reaffirm the excellent bilateral relations, to repeat joint naval exercises in different modalities and to further explore the significant potential for collaboration in the field of information exchange.

As a result of the last meeting, last October 2021, Operation Atalanta assets and the Royal Navy of Oman conducted two different activities: another joint naval exercise and a joint activity at sea, along with CMF JPS Yugiri (Counter-Piracy TF 151). This activity also brought together the Oman Maritime Security Centre as part of the maritime security control structure.

This EU partnership with Oman is a perfect example of common efforts to promote overall maritime security in the Western Indian Ocean, along with other littoral states, such as Djibouti and Seychelles, a robust maritime security architecture is already in place, allowing safe and smooth navigation in the region and immediate reaction to any eventuality. 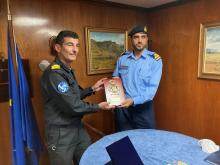