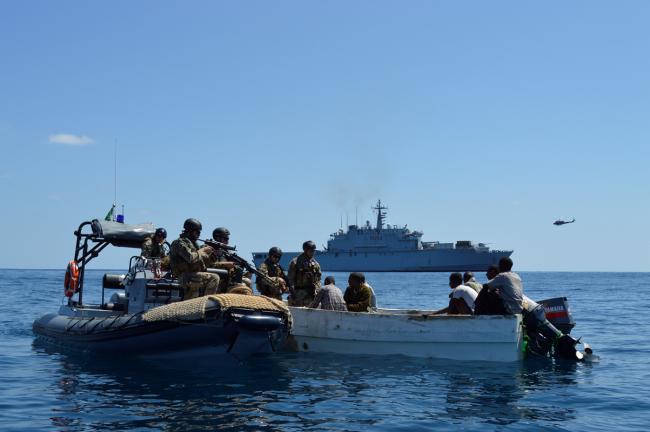 The European Union Naval Force (Op Atalanta) Somalia – Operation Atalanta was launched on 8 December 2008 and is conducted in accordance with United Nations Security Council’s resolutions. The Operation has been extended by the European Council until December 2016 and has the following objectives:

Council Joint Action 2008/851/CFSP of 10 November 2008 on a European Union military operation to contribute to the deterrence, prevention and repression of acts of piracy and armed robbery off the Somali coast

Read More about our Mission >>