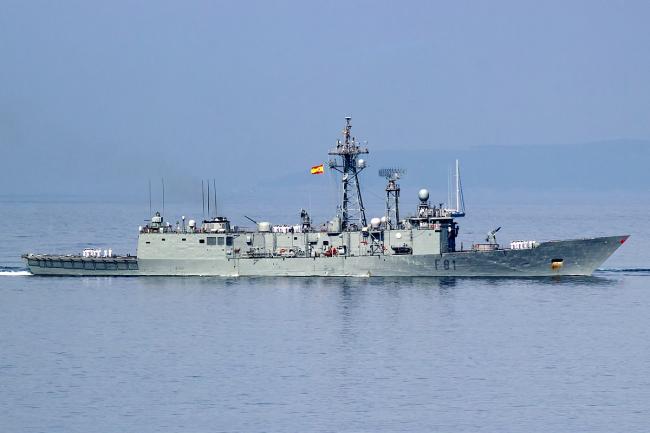 The F-81 is the first frigate of a series of six units built in Ferrol (NW Spain). They make up the 41st Escort Squadron stationed in Rota Naval Base.

The ‘Santa Maria’ was primarily designed for anti-submarine missions and blue-water escort operations, but the changes in the new strategic scenario – and given their versatility – have prompted modifications in her capabilities. Nowadays all F-80 ships can be employed in other tasks such as support in the projection of a Naval Force, shipping protection, maritime interdiction, integration in the territorial air defense system, surveillance and escort missions in far-off scenarios.

ESPS SANTA MARIA is fitted with a helicopter AUGUSTA BELL AB-212 and Marine Boarding Team that completes her capabilities and ensures she is capable of conducting the missions and tasks assigned by EUNAVFOR.

Aircraft: Up to 2 SH-60Bs with ‘Penguin’ missiles, torpedoes or, alternatively, a ‘Scan Eagle’ UAS.