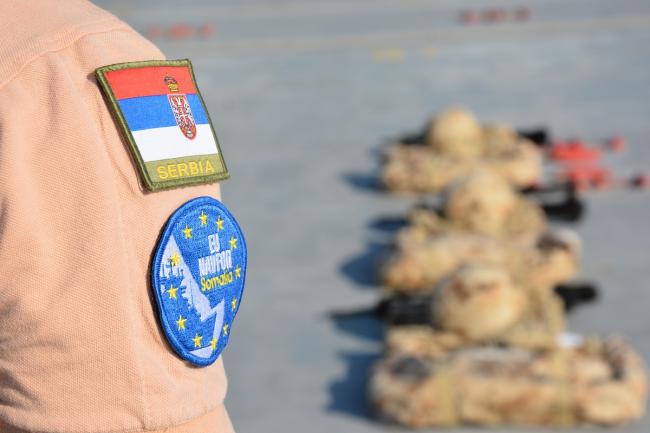 One of the main missions of EU NAVFOR is to "PROTECT WFP and other vulnerable vessels". The MV SPIEKEROOG is one of the ships contracted by WFP to deliver food to different cities in Somalia.

From the beginning of July 2022, it is the turn of the AVPD Serbian, which is ready for action under the command and control of the FCDR.

The protection of WFP shipments is paramount for EU NAVFOR. Since December 2008, almost 3 million tons of food have been delivered to Somalia and almost 2,000 WFP ships have been protected, 337 of them by AVPD teams on board.