The  SH90 is a medium-sized, twin-engine, multi-role military helicopter. It was developed in response to NATO requirements for a battlefield helicopter which would also be capable of being operated in naval environments. The SH90 was developed and is manufactured by NHIndustries, a collaborative company, which is owned by Airbus Helicopters, Leonardo (formerly AgustaWestland) and Fokker Aerostructures. The first prototype conducted its maiden flight in December 1995; the type first entered operational service in 2007. As of July 2020, the NH90 has logged 254,671 flight hours in the armed forces of thirteen nations. 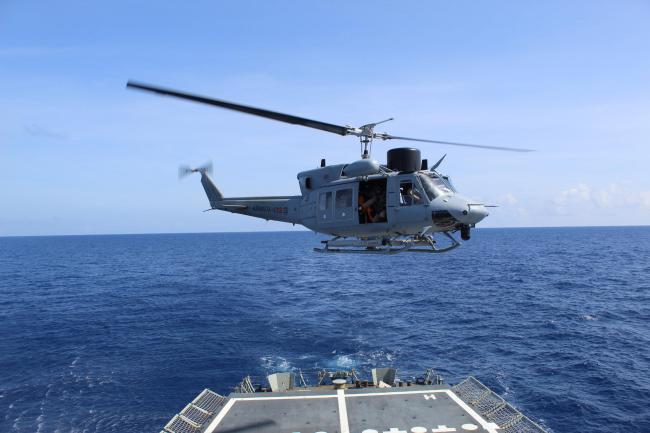 The Spanish Navy Agusta Bell 212 is a  multi-purpose helicopter that can carry out a wide variety of tasks.  The AB-212 is a two-bladed, twin-engine helicopter with main and tail rotors and sliding side doors. It can be fitted with auxiliary equipment depending on the mission: additional seats, stretchers, rocket-launchers, floats, etc.  It is the organic helicopter of the ESPS Numancia frigate.

It has a barycentre winch for logistic tasks and a crane for SAR missions.