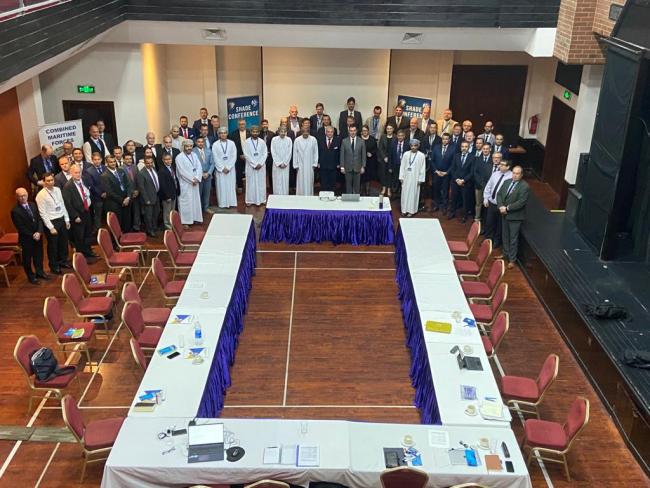 The relevance of this international forum is reflected in the fact that this time SHADE reached the impressive 50th edition, with participation and interest in discussions during the forum increasing every year.

The SHADE, or Shared Awareness and De-confliction Conference, saw representatives from numerous nations, international organizations and members of the shipping industry join together to discuss about maritime security issues across the Western Indian Ocean.

CMF and EU NAVFOR co-chaired the conference, which included working groups and expert guest speakers to discuss issues that affect the freedom of navigation, as well as ways to improve cooperation between the mutually interested parties.

After the global health pandemic, the SHADE Conference was back in person, but with the possibility to participate virtually via video link.

“It is an honour to see so many attendees joining us for this important conference. I’m especially glad that after a long interruption, we are able to resume SHADE as in-person event,” VA José Maria Nuñez Torrente, Operational Commander of EUNAVFOR ATALANTA, said. “For the first time, we have included a working group on Maritime Capacity Building. This reflects the crucial need to have more countries in the region that are able to and contribute as a force for stability and resilience. We want to support the efforts by regional organisations, such as the Contact Group on Illicit Maritime Activities in the Western Indian Ocean and the Djibouti Code of Conduct / Jeddah Amendment.”

Mr Stefan Sivaro, briefing about the several capacity building activities developed in Somalia, represented EUCAP Somalia. EMASoH OpCdr RA Slaars offered a view on Maritime Security as well as the independent deployers representatives from India, China and Pakistan. The Omani delegation's participation included a vision as a naval force in the area and as a provider of information through the Omani Maritime Security Centre. Also, Japan (Japanese Maritime Self-Defense Fleet) and France (ALINDIEN) shared a vision from the naval forces in the field perspective. In addition, CMF and EUNAVFOR representatives took part in every working group and the plenary, sharing their experience and conclusions in the topic related.

The most significant conclusions of the forum were the following:

- Academia and shipping industry representatives stated their support to SHADE, as it has been replicated in other regions of the World, covering new maritime security threats.

- The suppression of the High-Risk Area responds to a change in paradigm and will be followed by a more dynamic approach to threats and areas, from a global perspective. It will not have any impact on mandates of current international navies operating in the region or regimes like IRTC or convoy scheme.

- The maritime security context is evolving, and SHADE should continue to adapt to new threats.

The importance of expanding information sharing efforts, regional capacity building, wider coordination and enhancing the existing close working relationship between CMF, EUNAVFOR and all forces, countries and international bodies taking part in the forum will guarantee the most effective use of assets and improve maritime security in this critical maritime region of the world.

EU NAVFOR Operation ATALANTA is the first EU naval operation, launched in 2008, with the core tasks of deterring and disrupting acts of piracy and armed robbery on the high seas, and protecting vessels of the World Food Programme (WFP) and other vulnerable shipping.

Established in 2001, CMF is comprised of 34 member nations united by their desire to maintain maritime security by countering non-state actors using the maritime environment to conduct illegal acts such as narcotics smuggling and piracy 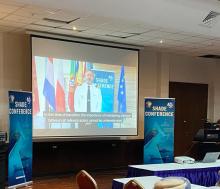 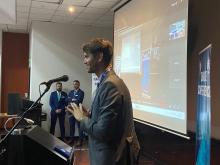 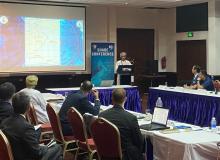 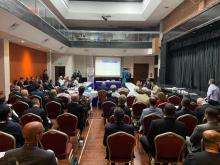 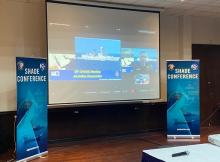 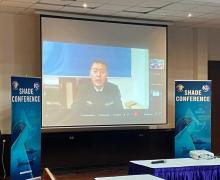