Atalanta, main tool of Naval Diplomacy for the EU in the Indian Ocean 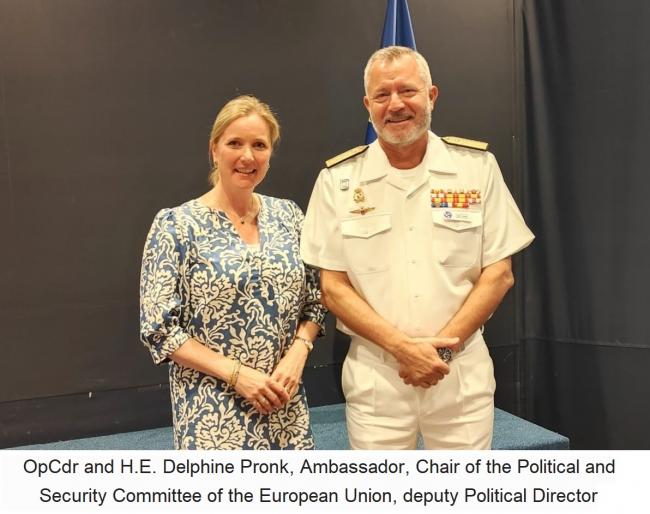 Operation Atalanta settled a new milestone with the seizure of an estimated 200 million worth narcotics last semester.

WFP vessels protection helped to ensure the delivery of more than 800 thousand tonnes of humanitarian aid in Somalia and Yemen.

This Wednesday Operation Commander, Vice Admiral (VA) José M. Núñez Torrente, presented an update on Operation Atalanta to the Political Security Council and the European Union Military Committee. A special focus was put on the new mandate, received in December 2020, that has placed Atalanta on the path to becoming a comprehensive Maritime Security Provider, reaffirming its status as “the main tool of Naval Diplomacy for the EU in the Indian Ocean”.

The new mandate includes an anti-narcotics task, that entered into force last February. As a consequence, an estimated of 200 million worth of narcotics were apprehended from 8 flagless Dhow-type vessels. This action, undertaken by the French Navy LHD Mistral and the frigate Floreal in direct support to Operation Atalanta, implied the identification of 58 suspects and the destruction of the narcotics.

To this respect, the commander thanked the European External Action Service efforts to attain a quick and reliable procedure for the Legal Finish that will allow the handover of suspects to regional authorities. Furthermore, he highlighted that “it remains essential to count on a comprehensive and solid Legal Finish in order to enable other Force Contributing Nations to perform the task”.

In relation to the current international situation, the Commander reminded that “UN has called for an urgent increase in humanitarian assistance to prevent food crisis in the region”. In this regard, Operation Atalanta protected last six months up to 32 World Food Programe vessels in its area of operation, 7 of them bounded for Somalia and 18 for Yemen, in total more than 800 thousand tons of humanitarian aid.

Along with these tasks, the European Union Naval Force in Somalia followed up with one of his main efforts to prevent, deter and suppress piracy, which nowadays has been contained. Nevertheless, VA Núñez underscored his concern that “piracy networks maintain their capabilities and are ready in case opportunities arise”.

Operation Atalanta is deployed in the western Indo-Pacific region. The maritime flows through the area represent about 38% of world trade with an estimate of 60% of the world’s GDP and, due to today´s world situation, is crucial to guarantee our energy security with the safe flow of large liquefied natural gas tankers and oil tankers. 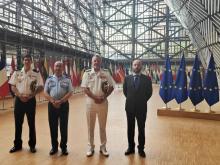 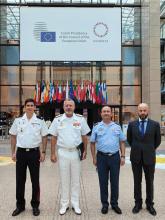