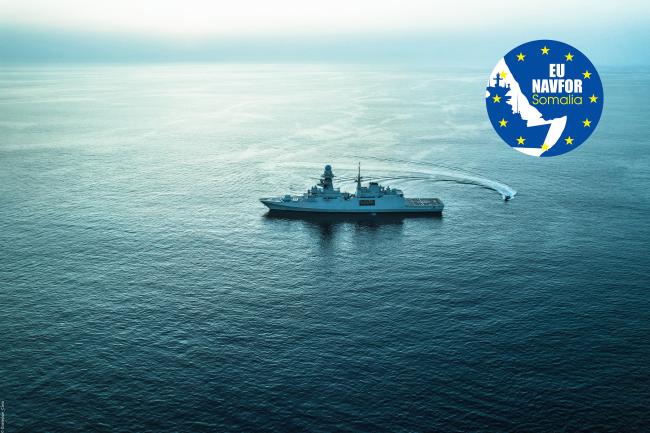 Rota, May 20th, 2022, 04:00 p.m. — Yesterday, the Hong-Kong-flagged sailing boat SV LAKOTA, which was sailing inside the Yemeni territorial waters south-east of Hodeidah, reportedly due to GPS failure, encountered armed unidentified individuals on-board at least two boats, according to the evidence provided by the trimaran. With warning shots reportedly fired, the crew of SV LAKOTA estimated to be under direct threat and performed evasive measures. Final classification of the incident will be provided by EU NAVFOR Somalia – Operation Atalanta and the CMF in their joint Industry Releasable Threat Bulletin (IRTB), which will be disseminate through their own approved channels.

Atalanta’s flagship, ITS BERGAMINI, is escorting the SV LAKOTA since last evening until the Djiboutian Coast Guards will takeover in front of Obock port. Since her departure from Djibouti’s port, SV LAKOTA was not registered to the Maritime Security Center (MSC Horn of Africa) and, therefore, was not under the standard procedure of daily close monitoring during the transit of vulnerable vessels in the Southern Red Sea.

This incident stands as a clear reminder of the relevance of the Best Management Practices (BMP, Version 5 published June 2018) enacted by the shipping industry that are aimed to mitigate as much as possible the risk for every vessel in the area of the Red Sea, the Gulf of Aden, Indian Ocean and Arabian Sea. In particular, special attention is required for sailing boats to check the special instructions posted at www.mschoa.org and BMP when planning their route.

Among these practices, the registration to MSCHOA (MSCHOA Voluntary Registration Scheme) and the reporting to the United Kingdom Maritime Trade Operations (UKMTO) is paramount in order to cope with every incident that could happen during the transit.

Moreover, the incident happened as the SV LAKOTA was sailing is an area where the navigation is strongly not recommended, as clearly advised on MSCHOA’s website. The navigation inside Yemeni territorial waters, close to the shore, is an aggravating factor, whereas several maritime incidents had already been reported in the Southern Red Sea.

During its 14 years of existence, EU NAVFOR Somalia – Operation Atalanta, along with its partners in the area, managed to build a widespread network and set up efficient procedures in order to ensure the safety of the Sea lines of communications to guarantee the safe flow of navigation of vulnerable vessels transiting the area.

ATALANTA is fully committed to the safety and security of seafarers and keep 24/7 watchkeeping (0034 956 470534) and at postmaster@mschoa.org.