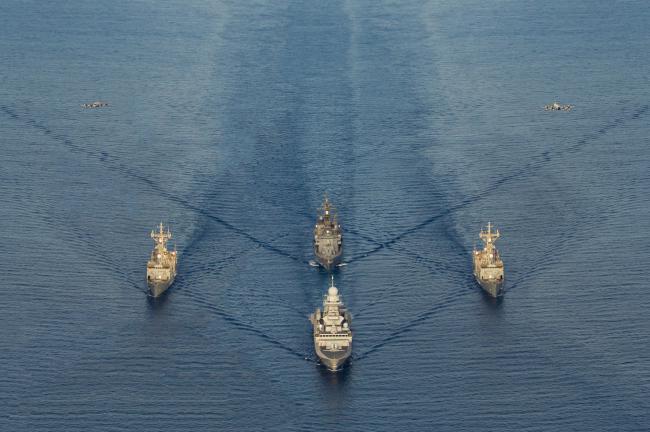 Operation ATALANTA has been cooperating closely with the Japan Maritime Self-Defence Force (JMSDF) and has conducted a number of joint exercises in an effort to strengthen the efficiency of tactical procedures between both navies. These activities between European and Japanese ships, off the Horn of Africa, in the Somali Basin or in the Gulf of Aden, are not uncommon. They occur on a regular basis as both the European Union (EU) and Japan have been contributing for years to the international community’s efforts to tackle the issue of the piracy in the region by taking part in surveillance missions and by collaborating closely with other key actors.

The last encounter at sea of EU NAVFOR and JMSDF took place on 5th October, 2020. This exercise was the first of several joint activities of Japan and the European Union aiming at strengthening cooperation in the field of maritime security and coordinating efforts in the Indian Ocean. Spanish frigate ESPS Santa Maria and JP Ohnami carried out an important joint exercise including a simulation of a replenishment at sea, a firing exercise, a Cross-Deck exercise and several other tactical manoeuvres. The two frigates where later joined by Operation Atalanta´s German Maritime Patrol and Reconnaissance Aircraft (MPRA), the P-3 Orion named ‘Jester’, based in Djibouti, conducting a long surveillance flight over the vast area of the Indian Ocean. Its presence is a reminder of the need for combined efforts to fight piracy efficiently, given the vast Area of Operations.

Later, on the 15th October, a naval parade was organised in Djiboutian territorial waters before entering its port facility. The Japanese frigate Ohnami and several EU NAVFOR vessels, such as the Italian frigate Alpino, the Spanish frigate Santa Maria and its replacement the frigate Reina Sophia, as well as the German and Spanish MPRAs were involved in this event.

The joint activities concluded with a ceremony at the Port of Djibouti, co-chaired by the EU and Japan and in the presence of high Djiboutian political authorities (the Ministers of Defence and Education and the Mayor of Djibouti), in which stationary, sports and health protection equipment (masks and hydro-alcoholic gel) were handed over to schools, severely affected by the devastating floods of November 2019. This action in aid of the population of Djibouti confirms the enduring commitment of the EU and Japan to resilience issues in Africa and highlights the nexus between security and development.

In fact, the Indian ocean region could well be an ideal setting for the EU to deepen its maritime security cooperation with Japan. As an initial approach, the fight against piracy in the Indian ocean, where the EU is already very active at sea appears as a natural area for enhanced dialogue with Japan.

We thank the Japan Maritime Self-Defense Force and the Japanese Ministry of Defense for their continued, much-valued cooperation! 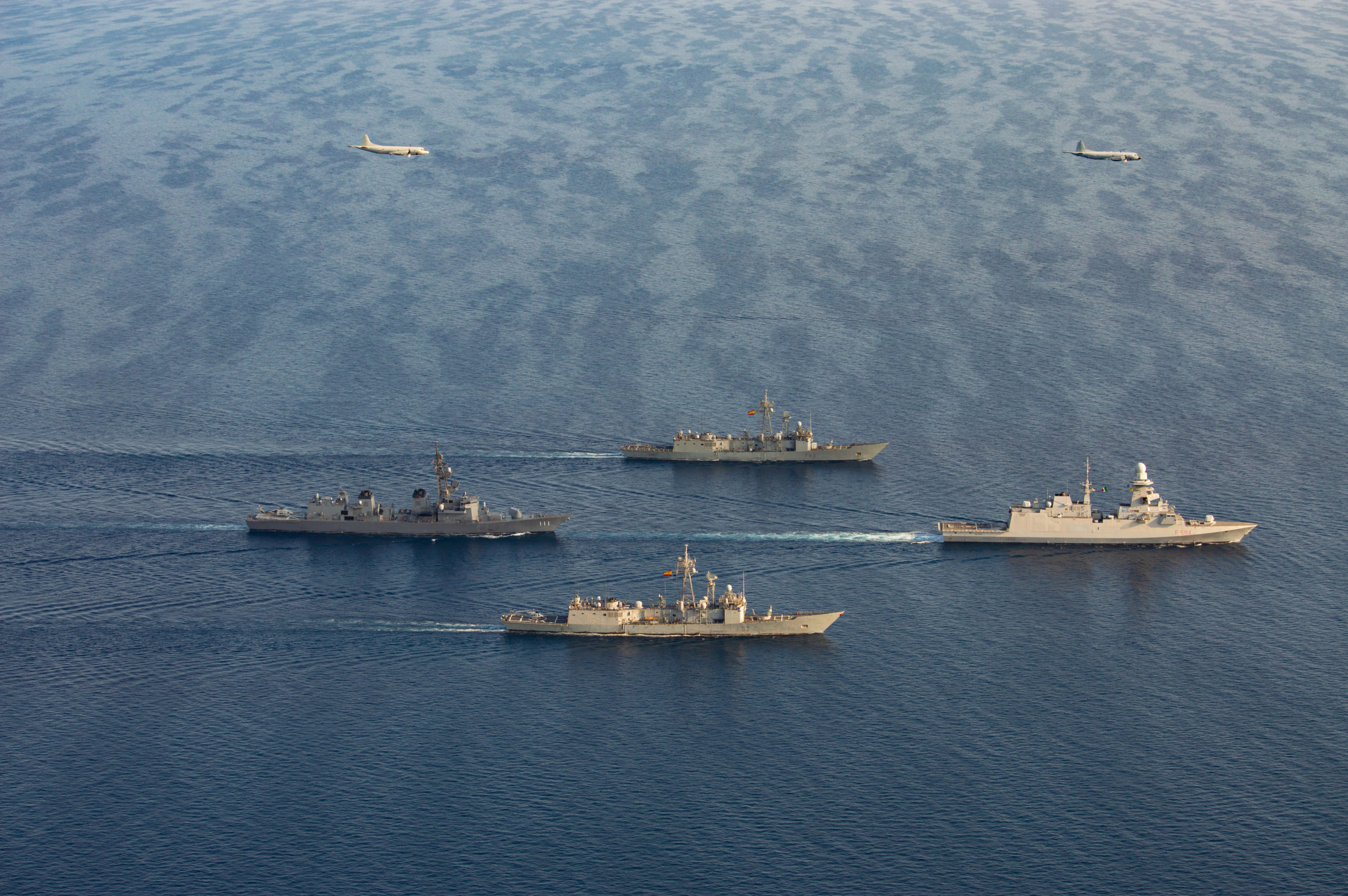 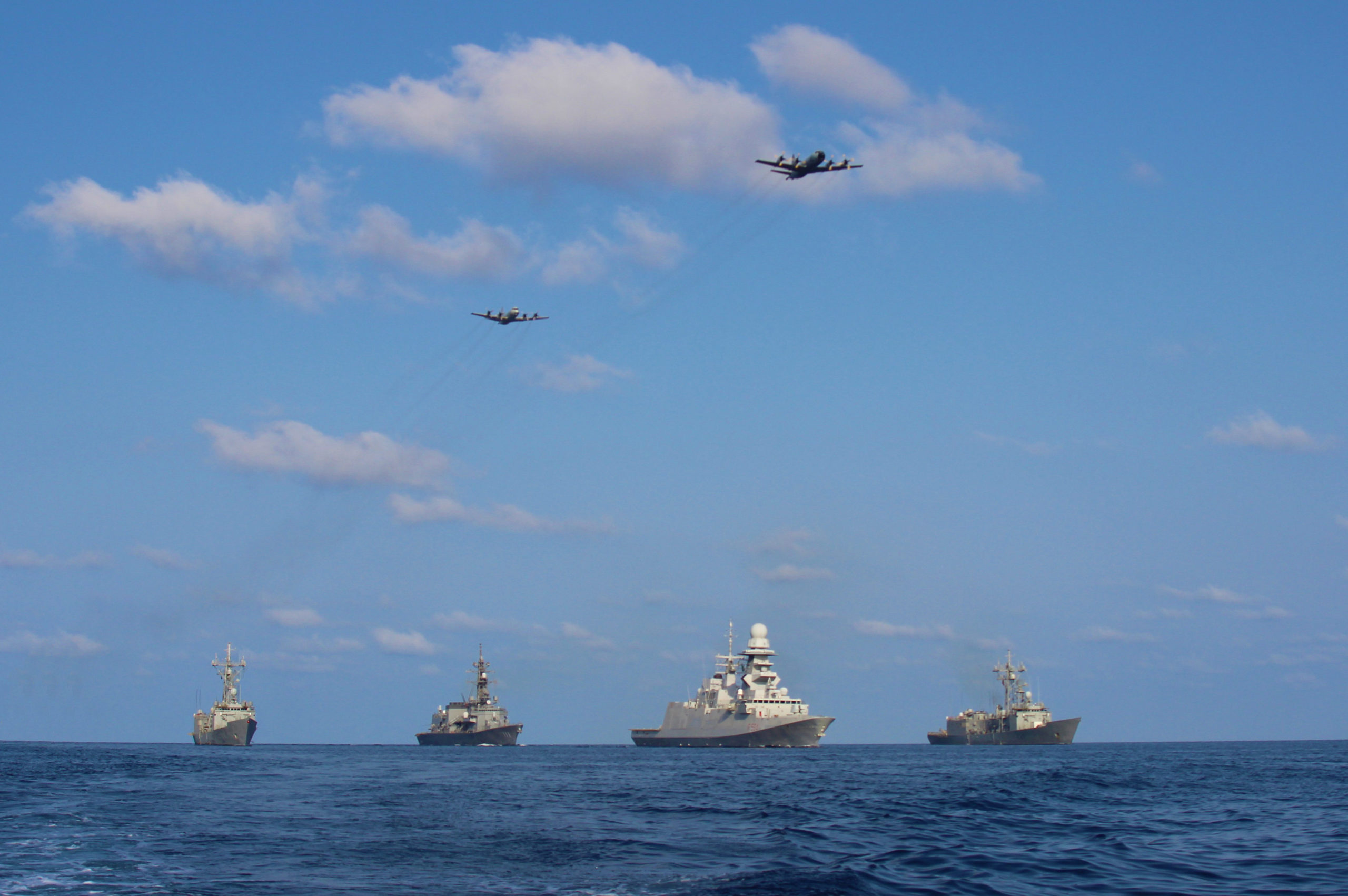 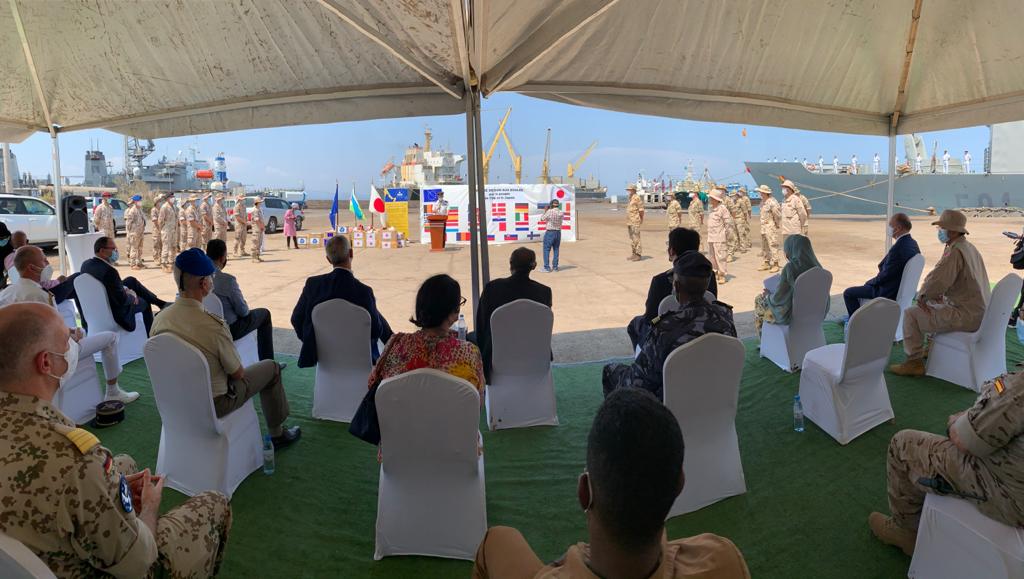 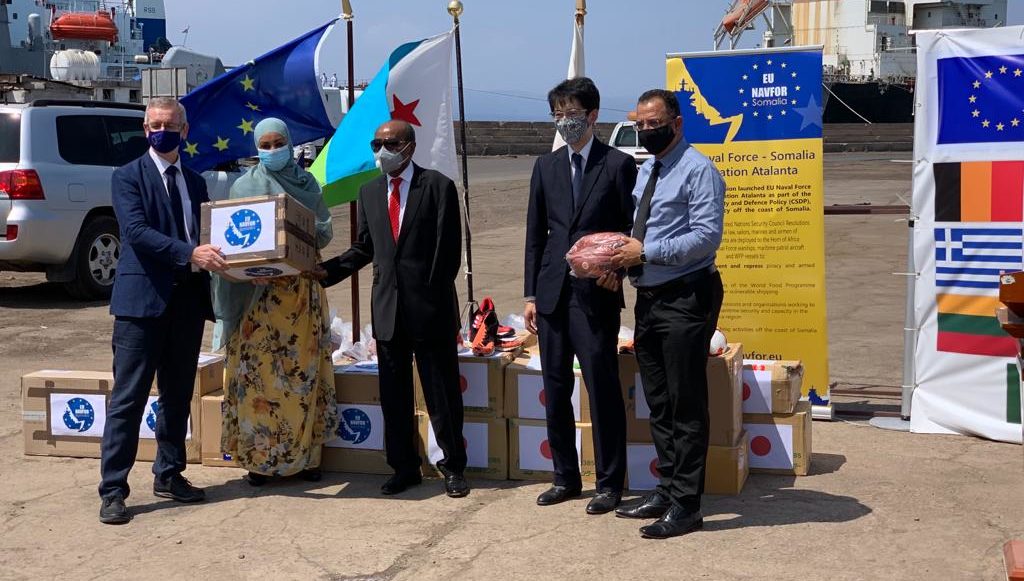