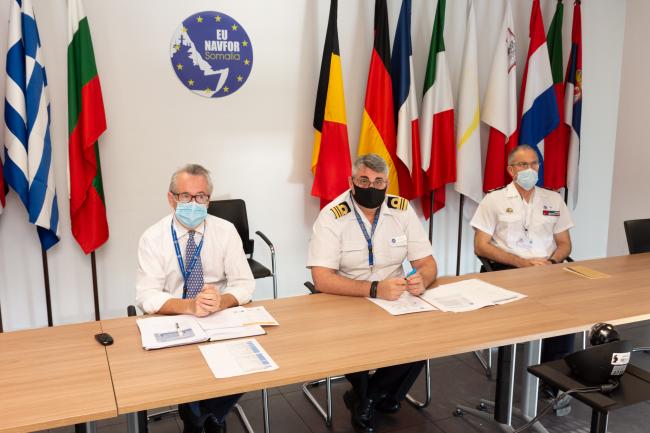 On the 1st and 2nd of December, EU NAVFOR ATALANTA participated in a panel discussion organized by the United Nations Office for Drugs and Crime (UNODC) during which the Yemeni Coast Guard, and the UNODC Global Maritime Crime Programme (GMCP), launched the Yemen Coast Guard Regeneration Strategy and Implementation Plan.

The two days of panel discussions covered illicit trafficking by sea and maritime security in the Arabian Sea, Gulf of Aden and Red Sea regions. Besides the contributions of EU NAVFOR ATALANTA representatives, other recognised experts from the United Nations Panel of Experts (UNPOE) for Yemen, Risk Intelligence, Conflict Armament Research, as well as former members of the UNPOE for Somalia made contributions to the panel discussions.

UNDOC GMPC presented the outstanding work in Yemen so far, including the streaming of the video https://youtu.be/L6Gt4_wgj_I , and, most important, the event was a unique opportunity for the Yemeni Coast Guard not only to present their Strategy for regeneration, but also their current situation, challenges and needs.

In a vast region such as the Western Indian Ocean Region and considering its sub-areas, the most efficient approach might be to build and sustain a maritime security architecture. In this vein, a maritime security architecture in the Gulf of Aden should be considered, being the most important choke point in the world and a known scenario for illicit activities. This can only be achieved by the Coastal States themselves, Yemen being one of them, and through the Yemeni Coast Guard, as a key player.

Irregular activity reports from merchant vessels transiting the Gulf of Aden are very frequent. EU NAVFOR ATALANTA direct communications with the Yemeni Coast Guard and a well-established information sharing structure will allow for a more accurate and quick assessment on those reports in accordance with our incident response procedures, in order to reassure the merchant community.

NODC GMCP concluded with a presentation of the Implementation Plan for the Strategy, already iniciated with the contributions of the European Union, the United Kingdom Foreign Commonwealth, Development Office and the US Department of State EXBS Program.” 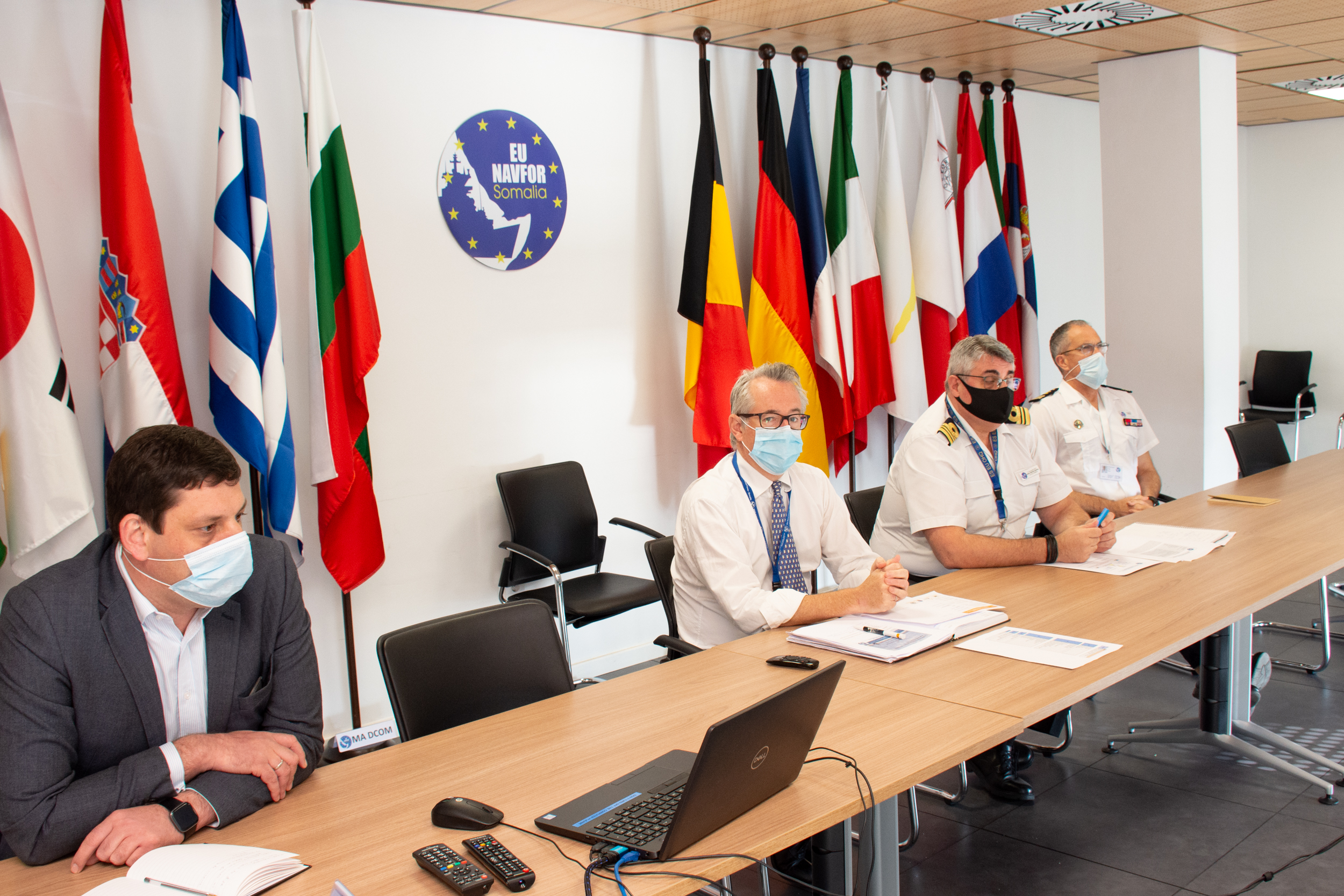