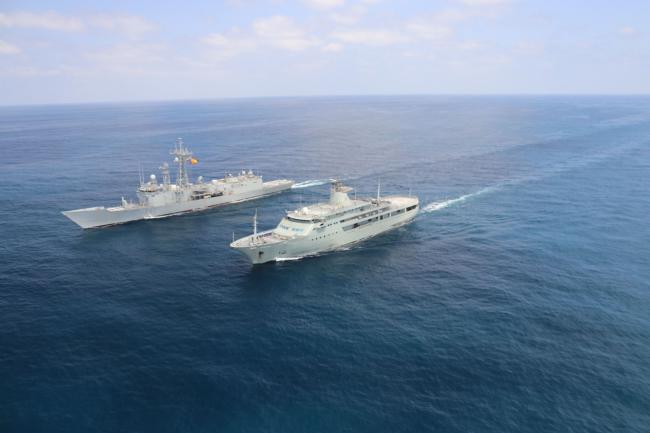 On 19th October 2021, Operation ATALANTA and the Royal Navy of Oman conducted a joint naval exercise in the Arabian Sea off the coast of Salalah. Operation ATALANTA flagship, frigate ESPS Victoria and Omani patrol boat AL MABRUKAH practiced naval communications, complex tactical evolutions at sea and search and rescue operations. After the exercise, ESPS Victoria, made a port visit at Salalah. Opportunities like these can reinforce relationships and understanding amongst partners that remain vital in continuing to successful maritime missions.

This EU engagement with Oman is part of the EU’s efforts to strengthen its partnership with the Gulf countries, as discussed by the EU Foreign Affairs Council on 18th October 2021. In addition, the newly adopted EU Strategy for Cooperation in the Indo-Pacific calls for increased joint activities with Indo-Pacific partners to promote maritime security in the region. Oman welcomes the EU’s stronger engagement in the Indo-Pacific and is interested in further developing its partnership with the EU to secure the safety of maritime routes, protect the world’s maritime domain from all traditional and non-traditional threats, and enhance prosperity through peaceful and stable oceans. Together with other partners, the EU and Oman will further contribute to maintaining and strengthening the stability, security, prosperity and sustainable development of the region. 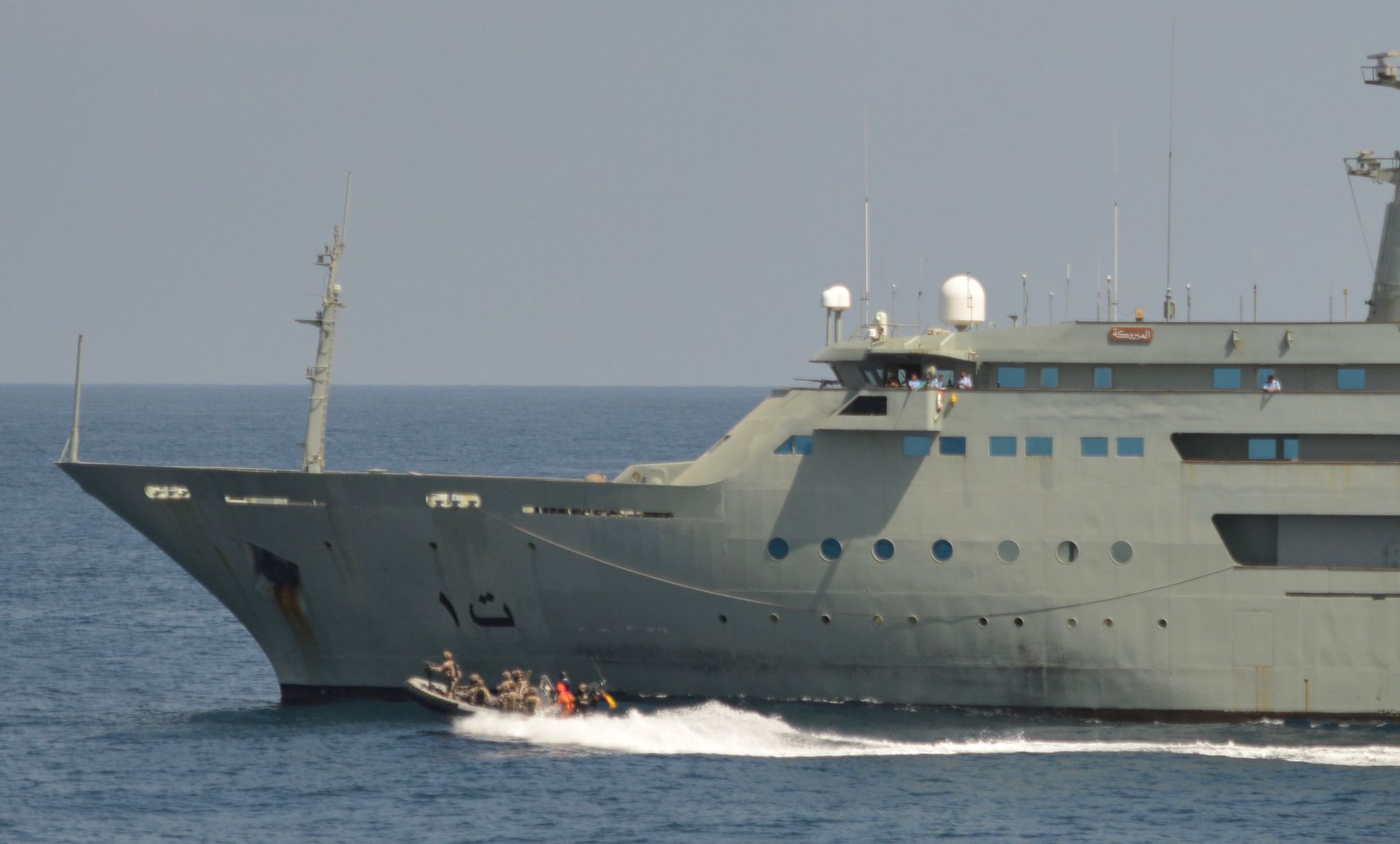 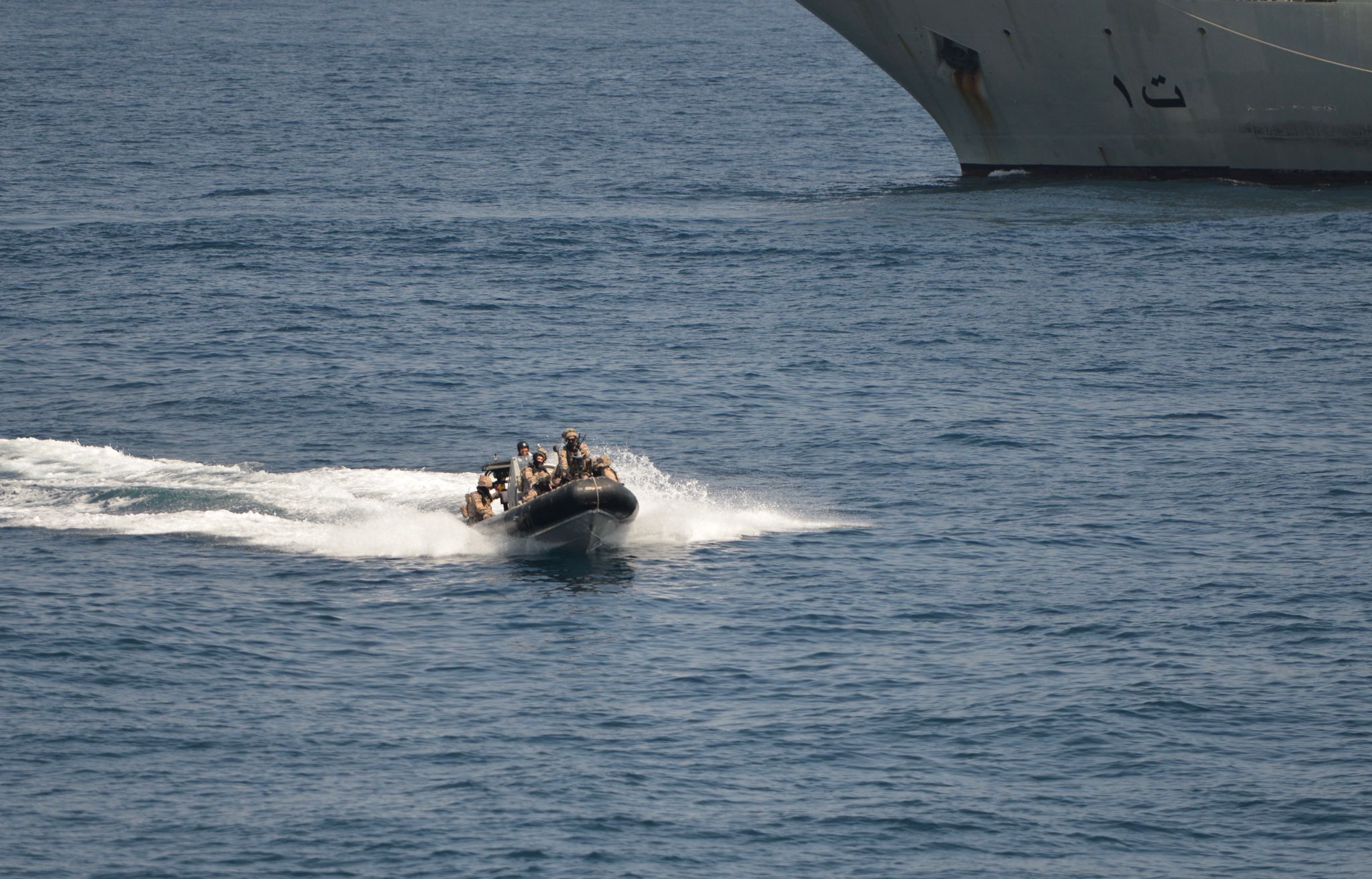 The relationship between the Omani Maritime Security Authorities and Naval Forces with Operation ATALANTA has increased considerably over the past ten years, focusing heavily on collaborative activities in the area. The Roundtable Discussions in Muscat in October 2019, intended on reframing relations in view of the newly implemented cooperation concept for Operation ATALANTA to further enhance engagements, while also involving other actors in the region. The cooperation with contributing organisations and countries like Oman to effectively combat piracy continue to be of great value to EU NAVFOR and the Operation will stick with its commitment towards its partners in the region.

Oman’s Maritime Security Center (MSC)— in coordination with other maritime security actors—is responsible for commanding and controlling maritime security off the coast of Oman and sharing information on piracy, organised crime, maritime terrorism, smuggling, sea pollution and fisheries with international maritime security agencies. With support from the Omani MSC, ATALANTA secures and maintains safety and stability in the region. 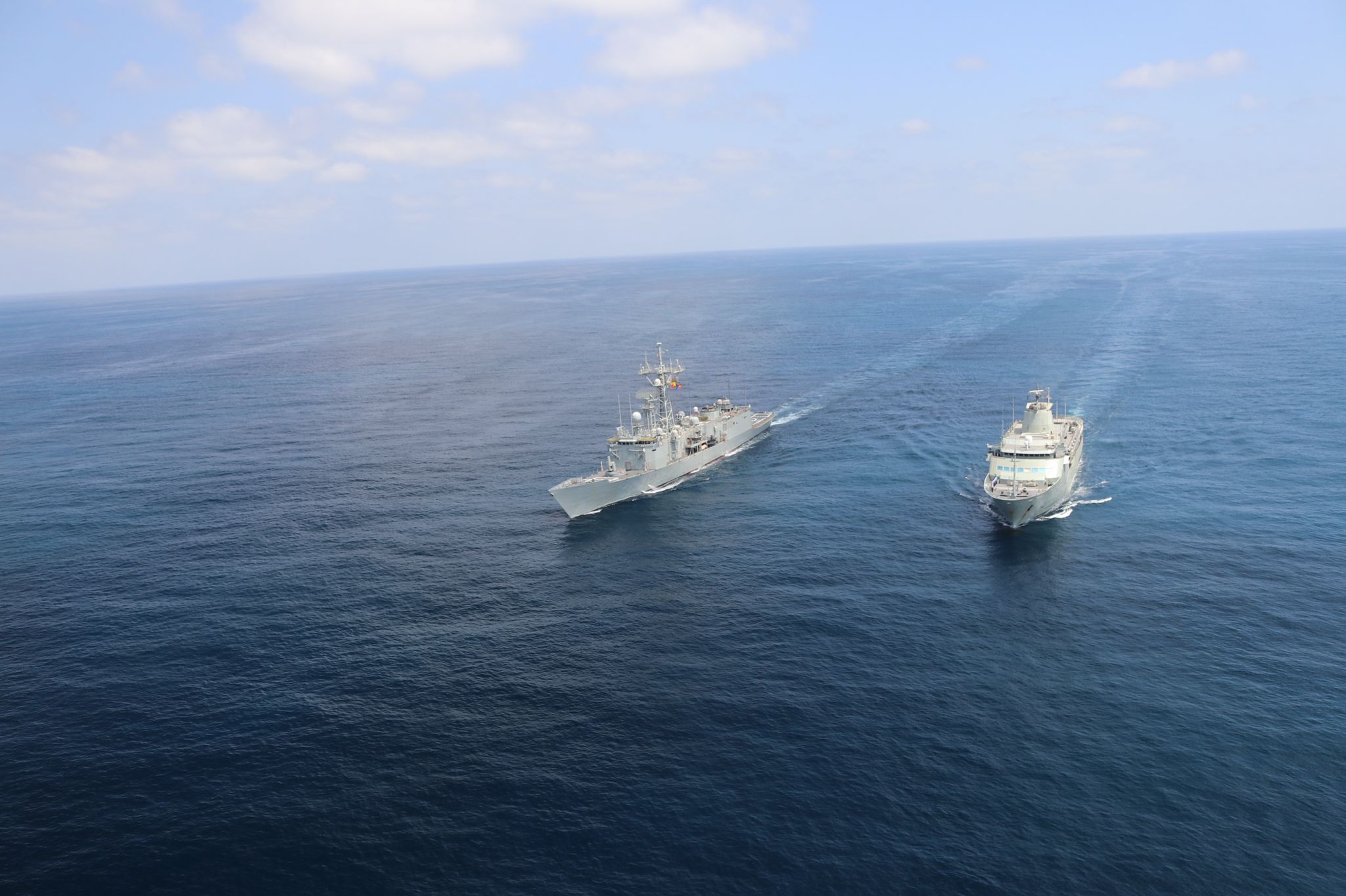 The Sultanate of Oman has been cooperating with the European Union through collaborative activities with EU NAVFOR Somalia for over a decade. Today, Operation ATALANTA’s regular port visits in Salalah and Muscat entail strategic meetings, joint responses to maritime security incidents off the coast of Oman, maritime capacity building and training, information-sharing and various joint exercises and operations.

Only last month, the Chief of the Maritime Security Centre in Muscat, Commodore Mohamed Hamoud Al Zadjali, heading a Omani delegation, visited the Operation Headquarters of EU NAVFOR Operation Atalanta. The visit gave way to a fruitful exchange, which served to identify an array of common standpoints and resulted in deepening our excellent bilateral relations, further pursue performing joint exercises in different modalities and continue to explore the ample field of collaboration in the domain of information sharing. 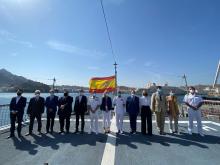 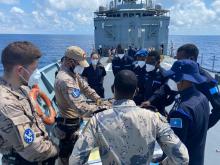