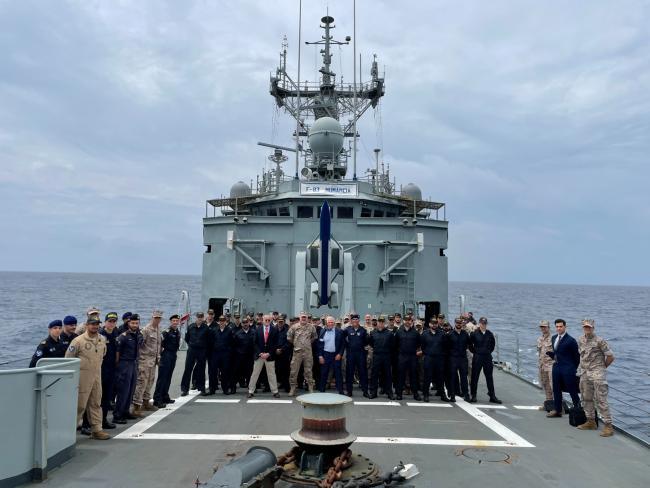 To close his tour of the region, he visited the flagship of Operation Atalanta, a mission of the European Union Naval Force, which is one of the main drivers for ensuring maritime security throughout the Indo-Pacific area.

The visit served to give him an overview of the operation (assets, status, challenges and opportunities) and to convey its priorities.

On the one hand, Operation Commander Vice Admiral Jose M. Nuñez Torrente presented Operation Atalanta, as a maritime security provider in the region, achievements and way ahead.

On the other hand, Force Commander Commodore Rui Miguel Marcelo Correia gave an update on the current activities and ESPS NUMANCIA Commanding Officer, CDR Santiago Martinez, briefed him about the warship's capabilities. In addition, a second asset deployed for the Operation, the Maritime Patrol and Reconnaissance Aircraft (MPRA) P-3 ORION, conducted several sorties over the area as a demonstration of its capabilities.

"I was able to see firsthand how the operation makes a decisive contribution to maritime security. In a region of great geostrategic importance and critical to Europe's security," HR/VP Borrell said.

The Operation Commander, who led the HR/VP Borrell through the visit, noted that the WFP has expressed on several occasions its appreciation for the support provided and the necessity of our continued presence.

"The oceans are the "last ungoverned space", where Navies have traditionally cooperated at a higher level to align their interests. All the tools used by Atalanta, such as SHADE international forum or the Cooperation Concept for ATALANTA (COCOA), are widely recognized and used by the international community and the Shipping Industry” Vice-Admiral said.

The framework for bilateral relations between the European Union and the countries of the Indo-Pacific region underlines the clear intention to "enhance their engagement with the area, to build partnerships that strengthen the rules-based international order, address global challenges, and lay the foundations for a fair, rapid and sustainable economic recovery, creating long-term prosperity".

Of the 18 civilian and military missions of the European Union in the world, only EUNAVFOR OPERATION ATALANTA covers the specific area of the Indian Ocean. The success of joint naval operations with other countries, such as Japan, Republic of Korea, or India, testifies to the scope and importance of this mission on a global geostrategic level.

The objectives of the mission are clear: protect WFP and other vulnerable shipping and fight against piracy, as core tasks; and fight against drug and weapons trafficking, together with other illegal activities.

At the same time, it reinforces the European Union's naval diplomacy in the region, building a solid base to consolidate its presence at a time when the balance of power on the international scene is at stake. 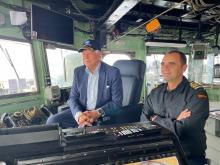 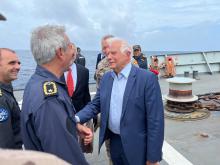 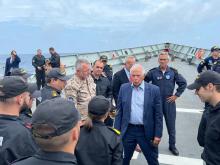