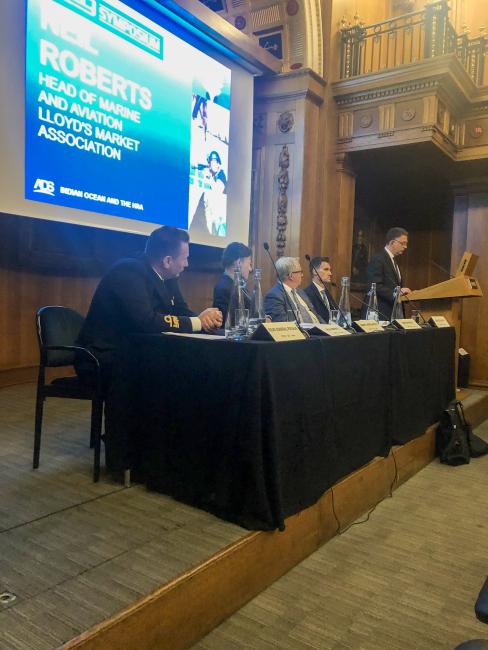 “We are in a changing world... Therefore, our needs for trade will change and adapt to a new global landscape.”
Nusrat Ghani
U.K. Minister for Maritime

The events included the Maritime Security Symposium hosted by The Security in Complex Environment Group (SCEG), a meeting with the U.K. Assistant Chief of Naval Staff for Policy, Major General Gwyn Jenkin, and a routine visit to UKMTO's Maritime Trade Information Centre (MTIC) in Portsmouth. 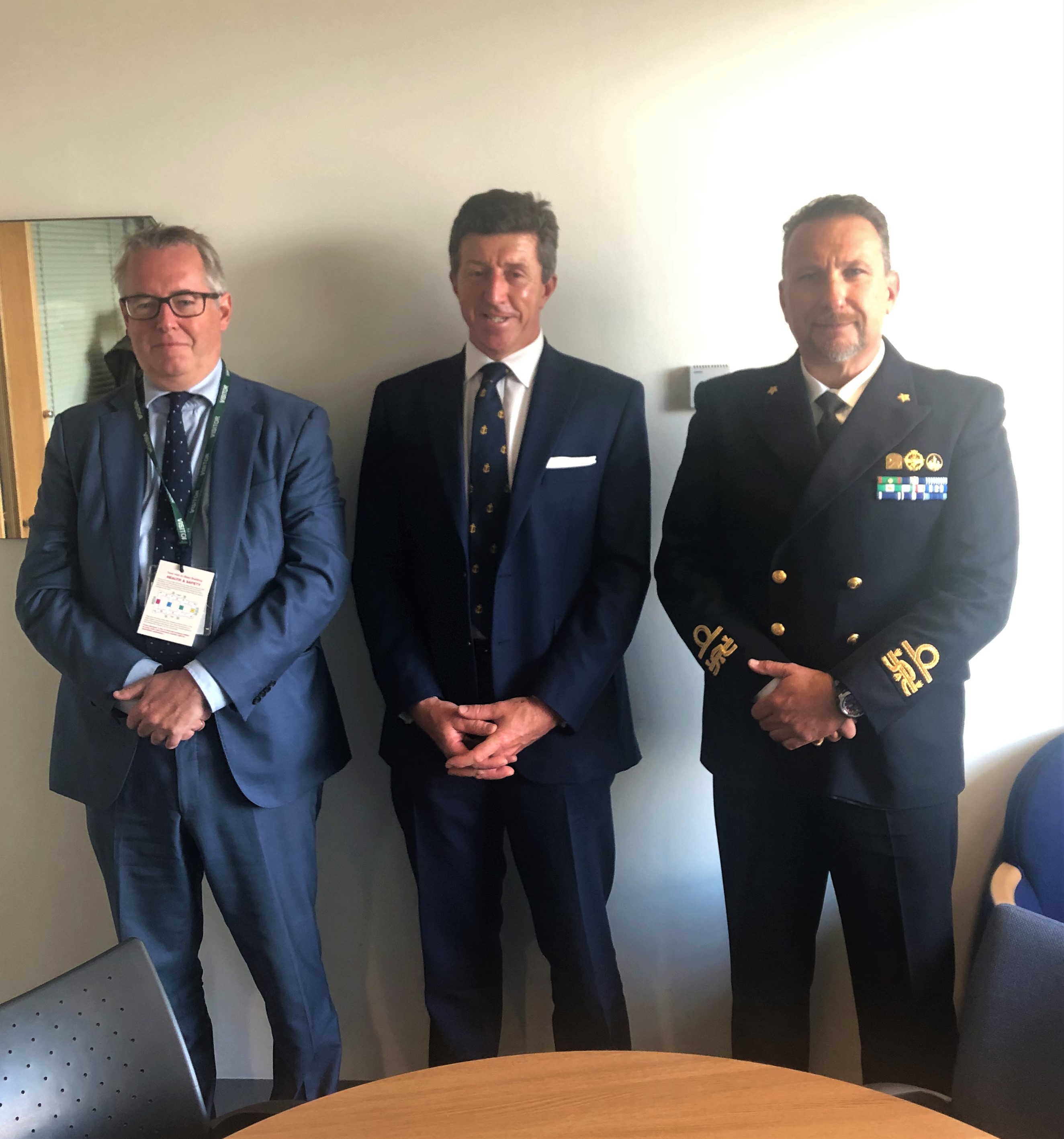 R. Adm. Piegaja’s meeting with the U.K. Assistant Chief
of Naval Staff for Policy, Major General Gwyn Jenkins,
was an opportunity for Operation ATALANTA and the
U.K. Navy to recognise the importance of preserving
existing operational and strategic relationships between
EU NAVFOR Somalia and the UK Navy, especially in the
fast-changing context of the maritime security industry.

Over 100 maritime security practitioners, industry
associations, shipping companies, marine insurers and
representatives from the UK government’s Department
for Transport attended the symposium, which was held
in the Lloyds Building in London. The theme of this year’s
London International Shipping week was, ‘International
Trade in a Changing World.’

“We are in a changing world," said the U.K. Minister for Maritime, Nusrat Ghani. "Therefore, our needs for trade will change and adapt to a new global landscape.”

R. Adm. Piegaja also presented a brief presentation to the audience, in which he provided a summary of Operation ATALANTA’s activities since the transfer of headquarters earlier this year, a comprehensive maritime threat assessment and some insight into what the future could hold for the operation.

Both parties stressed the need to improve cooperation by improving real-time information sharing in order to initiate the fastest military response from EU NAVFOR Somalia assets.

EU NAVFOR Somalia’s trusted partnership with the International Shipping Industry is at the heart of its success in reducing and containing the threat of Somalia-based piracy. Since 2008, Operation ATALANTA has worked with various industry partners to prevent piracy and secure the waters off the Horn of Africa.