Interview with the Ambassador of Republic of Cyprus to the Kingdom of Spain , H.E Helena Mina. 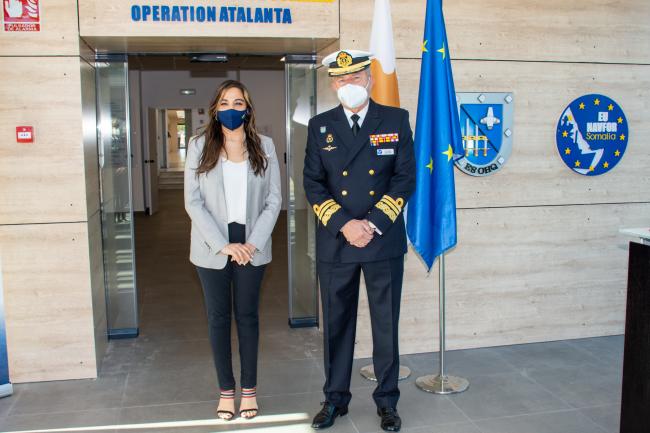 On 13th of May, H.E. Madam Helena Mina, Ambassador of the Republic of Cyprus to Spain, paid a visit to the EU NAVFOR Somalia Operation Headquarters of Operation ATALANTA in Rota. After an Office Call with Operation Commander, Vice Admiral Núñez Torrente, she sat down with Senior Staff members to get an update and discuss the role of Cyprus in the operation. Her visit concluded with a tour of OHQ facilities and Search and Rescue installations on Rota Naval Base.

During her visit, she agreed to conduct an interview on Cyprus’ present and future involvement in EU NAVFOR.

Cyprus has been with the operation since its early beginnings. How has it been beneficial for Cyprus?

Thank you very much for the invitation to be here. It is really an honour for me, knowing that I am the first Ambassador of the Republic of Cyprus to visit the operation.
We have been contributing politically, but also in practical terms in the operation since its inception. Regarding the benefits, I think it has been through our contribution. We have been seconding officers from Cyprus, first in Northwood, and now, here in Rota. Obviously, these officers are gaining a lot of experience, knowledge and insights. This is transferred back to Cyprus and we benefit form that. This is the first obvious benefit. Having an operation, which has the tackling of piracy at its core, also addressing its root causes and has maritime security at its heart; it was an obvious choice that we would contribute. We also are a maritime and an island state. We have one of the largest fleets in the world. We are the 11th in the world, the 3rd in Europe. For us, it was sort of a sine qua non to participate and contribute to the success of this operation. I have to say that the results we are seeing are really remarkable.

Given the current momentum in CSDP and PESCO, how can Cyprus contribute to EU maritime security?

We are very appreciative of the developments in CSDP. There has been a lot of progress through the EU Global Strategy and initiatives like PESCO and the Strategic Compass. They are enabling factors for bringing the people and the countries together, creating more synergies and collaborations. This is something very beneficial. It also contributes to the EU’s autonomy, which is very important. Cyprus is one the member states that has been advocating for more EU autonomy, because we believe that a strengthened CSDP will render the EU a more credible global actor, as well as a serious and effective security provider. With PESCO, Cyprus is already participating in nine projects. The intention of the Republic is to have more participation in projects of the Permanent Structure of Cooperation, as much as we can. We see the benefits of that. Acquiring capabilities is very important and we hope to be involved in more.

How do you see the future relationships between Cyprus and Spain within the EU? Is there room for further enhancement? If yes, where and how?

I really hope so. This is what I want during my tenure, to try to contribute to this. With Spain, the relation is decades long; very strong links, close and really honest, I would say. This is reflected in the political relations, the economic relations and the people-to-people contact. You can see it. What I realise is that we are two countries in the Mediterranean, in Europe, one in the West, the other one in the East. Being part of the European and the Mediterranean environment is what has been the defining factor in our relations and I think it will define the relations to come. Between Cyprus and Spain within the EU, the list of areas for cooperation is limitless. The Mediterranean gives us common issues, common issues of concern, as well; challenges, as illegal migration. Tackling illegal migration is something that both countries, but not only, have been dealing with. We are both frontline countries and we work on that. We want more European Economic Union. With Spain, we could also work more closely on social issues, on how to tackle unemployment, because we have common problems and common concerns. Something I have realised is that societies in both countries really appreciate the EU. They are European societies; very Pro-European societies. They do not see Europe only as a provider of structural funds. It is democracy. It is prosperity and it is our future. This is very obvious and I am very happy for that, because there is a lot of prospects in cooperation within the European Union. 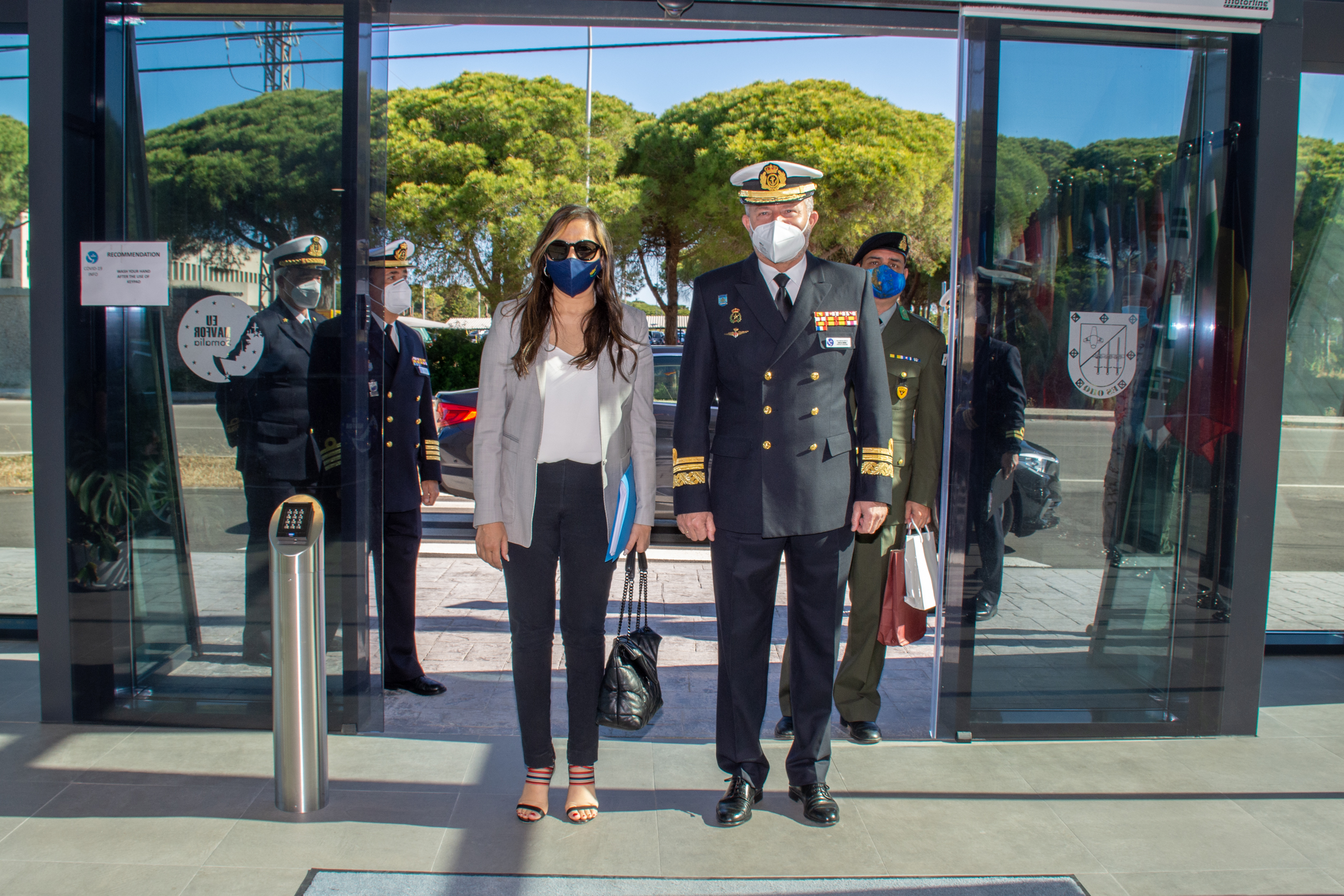 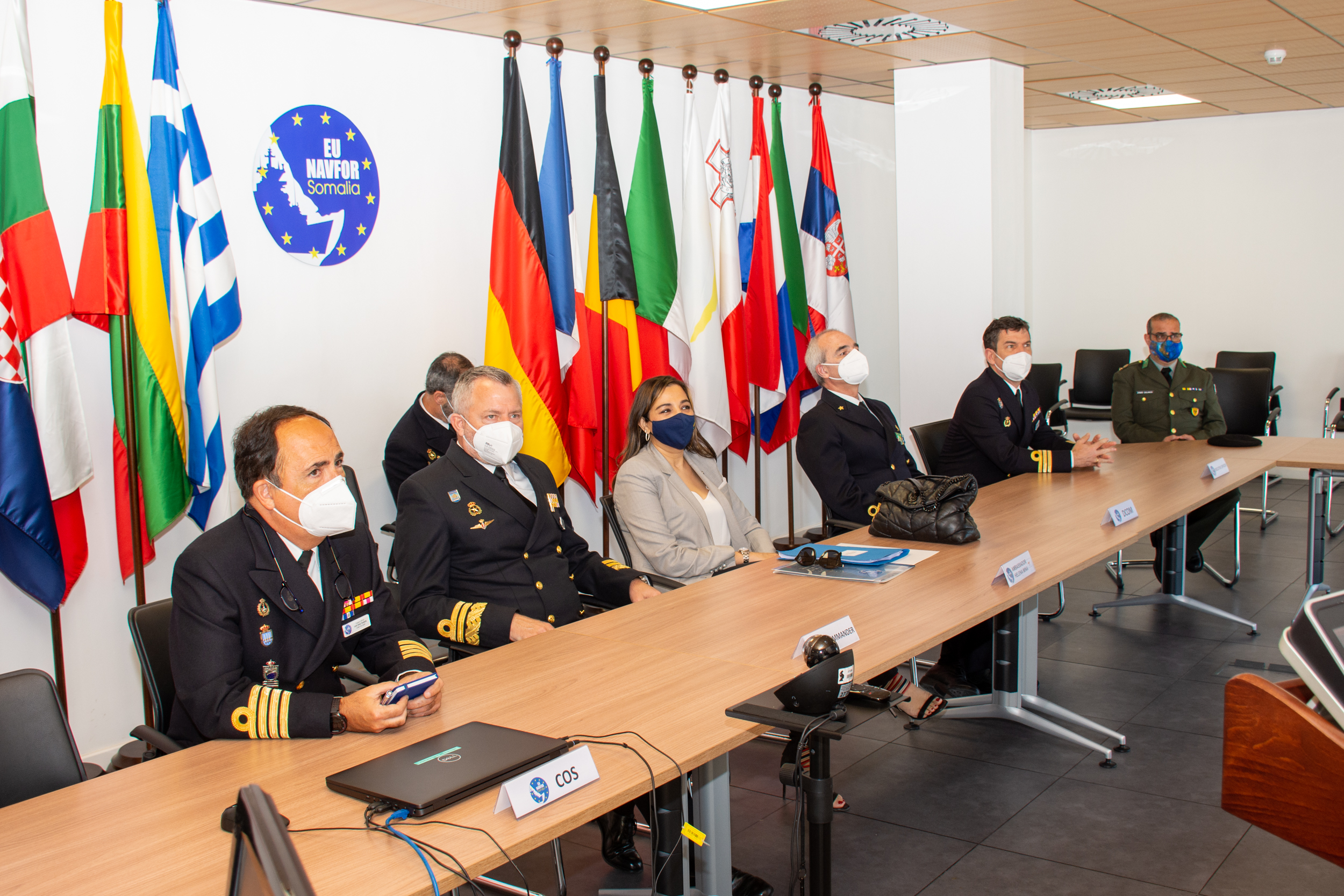