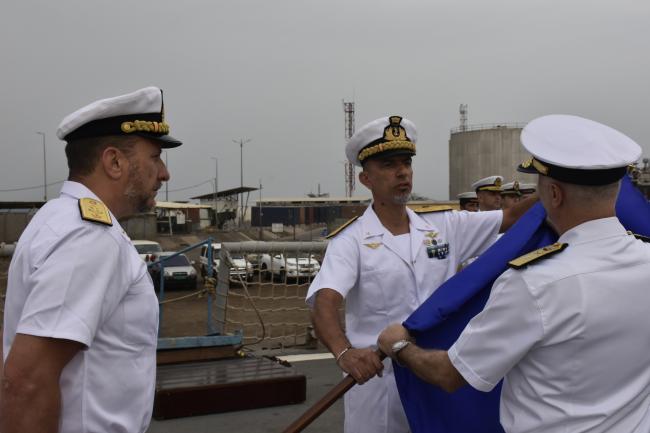 EU NAVFOR also welcomed the ESPS CANARIAS as a new addition to the 32nd rotation of Operation ATALANTA. Both vessels will sail with Operation ATALANTA from the end of July 2019 until early November 2019, countering piracy and monitoring fishing activity off the Somali coast under the mandate of the European Union.

The Force Command of Operation ATALANTA was transferred to R. Adm. Simi today from R. Adm. Ricardo HERNANDEZ (Spanish Navy). Last April, under R. Adm. Hernandez’s command, EU NAVFOR’s ESPS NAVARRA was able to approach, intercept and board a fishing vessel captured by pirates off the Somali coast. With the support of the private armed security teams and EU NAVFOR’s various active assets in the region—including the frigate ESPS NAVARRA and MPRAs German JESTER and Spanish CISNE—Operation Atalanta was able to control the situation and prevent any further imminent attacks. 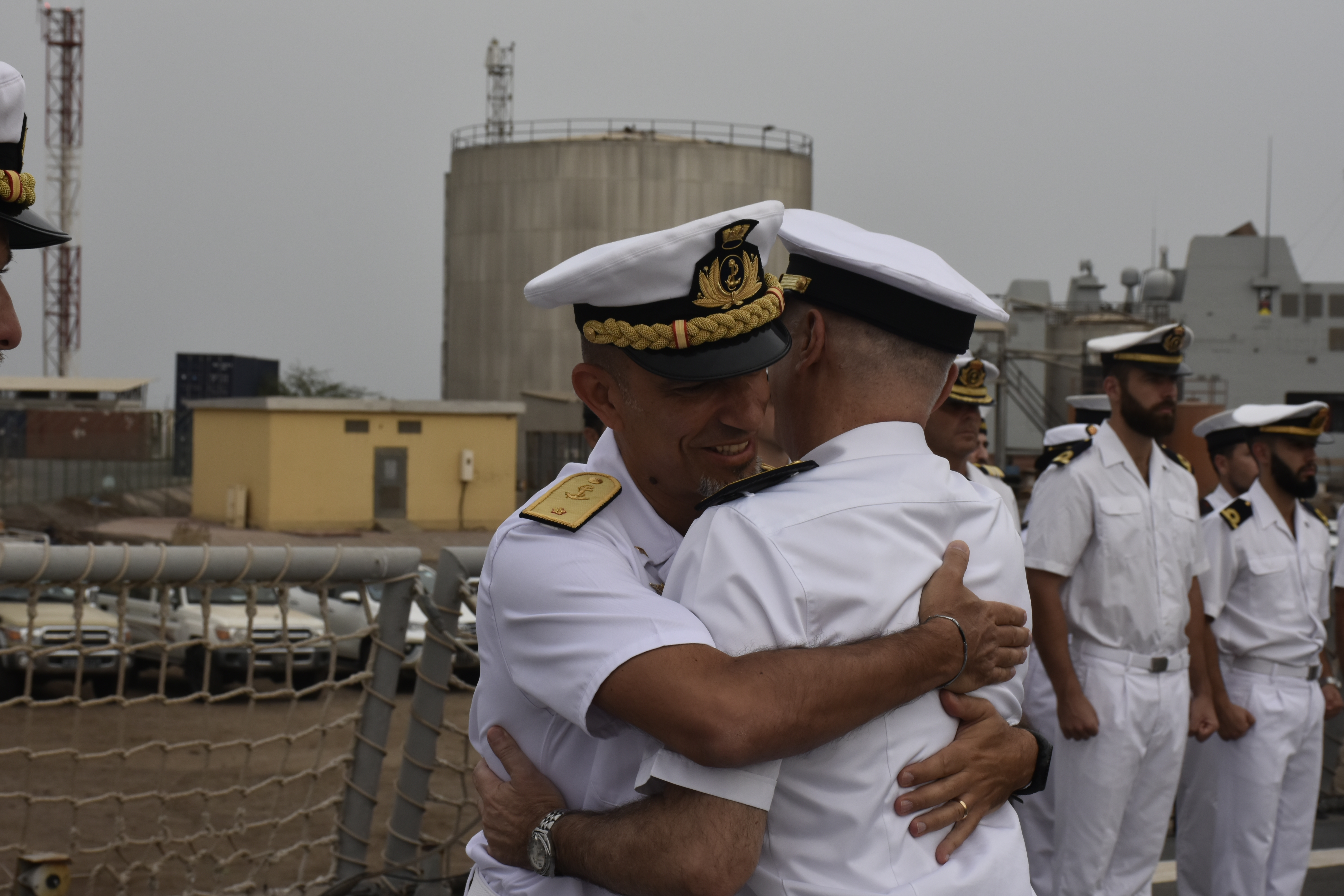 “The EU flag has been flying for more than 10 years in the Western Indian Ocean with all of us present here today, working together to uphold Freedom of Navigation and Maritime Security,” he said.

The European Union (EU) Ambassador in Djibouti Adam Kulach, local Djiboutian authorities and international partners in Djibouti all attended the ceremony. EU Common Security and Defence representatives also took the ceremony as an opportunity to award two Djiboutian officers, a Colonel and a Capitaine with CSDP Service Medals for their exceptional job in support of Operation Atalanta. The sterling support provided to the Operation from the Djiboutian authorities and the French Forces Stationed at Djibouti (FFDJ) continues to act as a force multiplier reinforcing the success of the mission in the region. 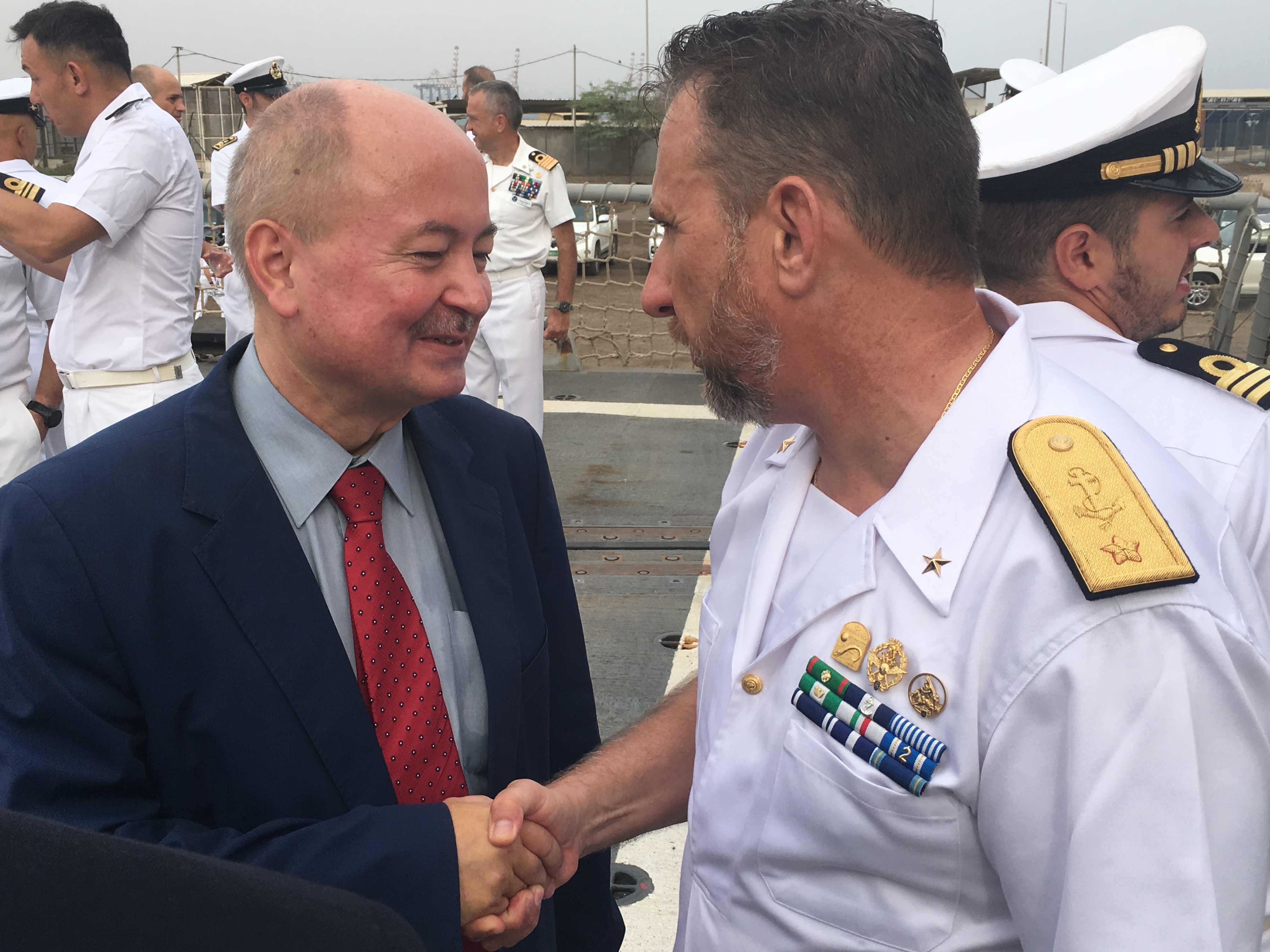 EU NAVFOR has designed a Cooperation Concept for Atalanta (COCOA), which aims to increase synergies with regional states and military actors present and complement each other’s efforts in a pragmatic, flexible but predictable way. EU NAVFOR and its international partners—such as the Combined Maritime Forces and other independent deployers—has reduced the impact of piracy in off the Horn of Africa to a minimum. EU NAVFOR remains committed to deterring, preventing and suppressing piracy and emphasizes that the Maritime Industry must adhere to BMP measures in order to maximize the safety of the ship and their crews whilst transiting the high-risk area.