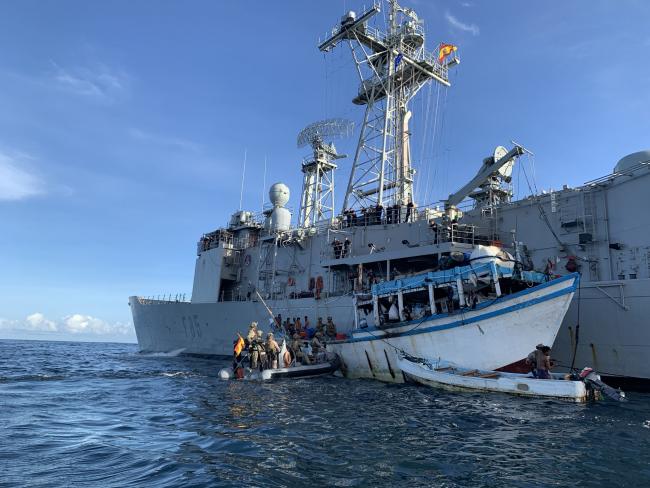 ESPS Santa Maria concluded its rotation with Operation Atalanta on 16th of October after a very successful and busy rotation she initiated in June. The Spanish warship has been supporting the operation since 2011 and has provided an outstanding service in deterring, preventing and repressing piracy in the Horn of Africa Region.

The 34th rotation of the FHQ under Force Commander 🇪🇸 Rear Admiral Ignacio Villanueva Serrano was composed of six nations: Spain, Germany, Italy, Montenegro, Serbia and Republic of Korea. The Force Head Quarters (FHQ) is one of the most important elements of EU NAVFOR Somalia Operation Atalanta, as it provides guidance to the assets present in the operation.

The ‘Santa Maria’ conducted several Focused Operations with all deployed assets to improve EU NAVFOR’s knowledge of the patterns of life including MPRAs, helicopters and Remotely Piloted Aircrafts (RPA) to check and analyse the activity in the Area of Operations. After eleven years of operation, statistics show, that piracy levels have been suppressed to a minimum. However, pirates are always prepared to conduct attacks and EU NAVFOR asset need be alert and ready to respond.

The invaluable cooperation with Independent Deployers, as the Republic of Korea and Japan in conducting joint exercises is helping to strengthen maritime security and keep seafarers safe, as they transit the Red Sea, the Arabian Sea and the Gulf of Aden.

Besides her mission to protect World Food Programme vessels and to deter, prevent and repress piracy off the coast of Somalia, ESPS frigate Santa Maria played a major role in other maritime security matters including medical evacuations. On July 3, the vessel “Al-Thakhira”, sailing in the IRTC (International Recommended Transit Corridor), a critical medical emergency on board and required immediate medical assistance. Spanish Rear Admiral Ignacio Villanueva, Commander of European Naval Force of Operation Atalanta, ordered the frigate ESPS Santa Maria to provide health care to the merchant vessel. EU NAVFOR Operation Atalanta, demonstrated its commitment to make the sea a safer place thanks to the intervention of the ‘Santa Maria’. Only a few weeks later, she also assisted the MV Salalah during a fire on board causing the loss of all electric power on the ship. Santa Maria stayed close to the vessel in case they needed medical evacuation or any other kind of assistance and she monitored the MV Salalah during the repairs. These actions demonstrate the capabilities and the will of EU NAVFOR units to provide assistance to any vessel in need in the Area of Operations. This sense of duty to provide assistance applies regardless of the nationality or circumstances, as stated in the SOLAS Regulation 33.

Operation Atalanta also intervened in response to a possible act of piracy off the Coast of Somalia with the support of a Japanese aircraft of the Combined Maritime Forces and in close coordination with local authorities in Somalia. Operation Atalanta continues to urge the Maritime Industry to remain vigilant when transiting the high-risk area and to comply with the recommended Best Management Practises (BMP5). Read the report on the latest incident on the AEGEAN II. 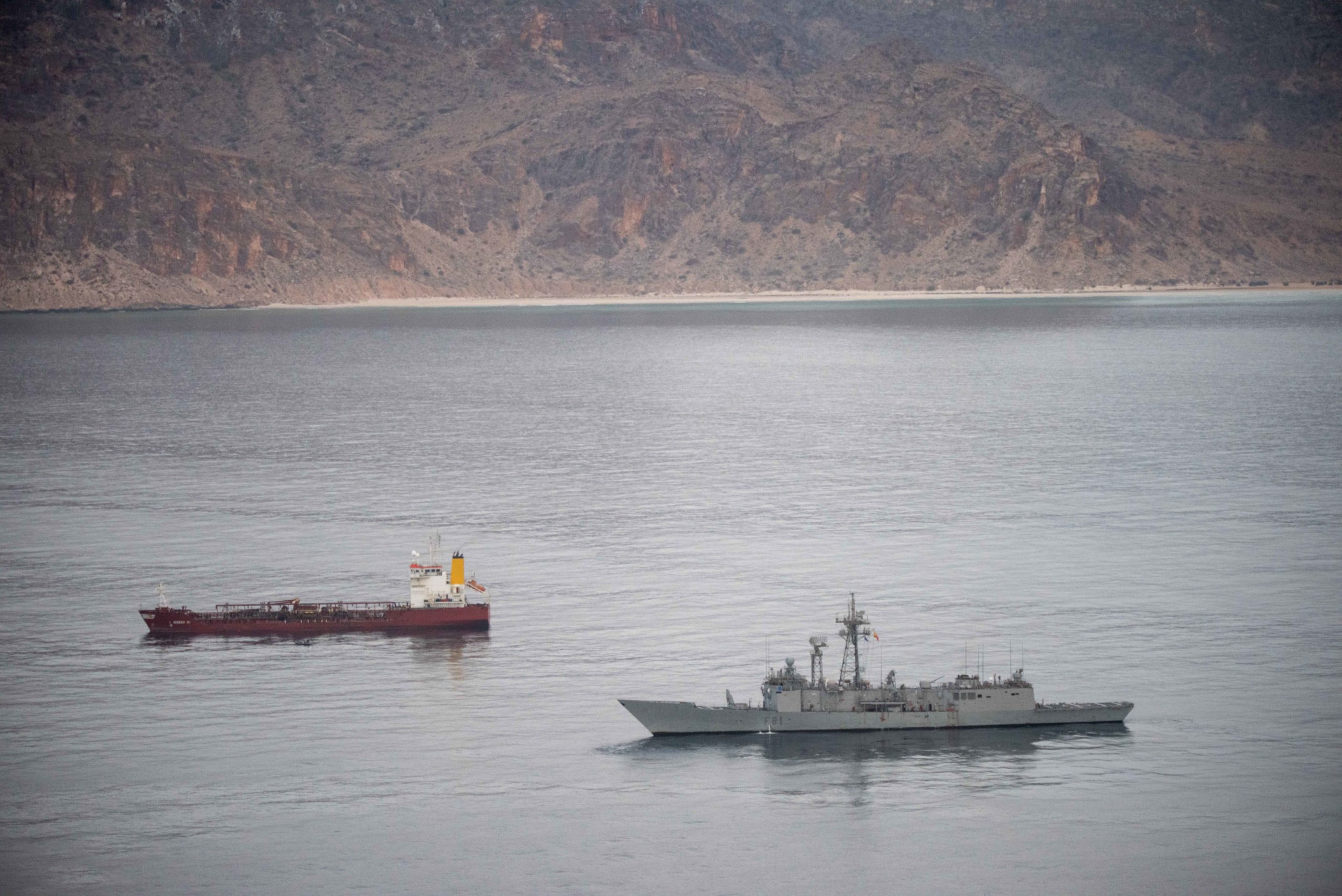