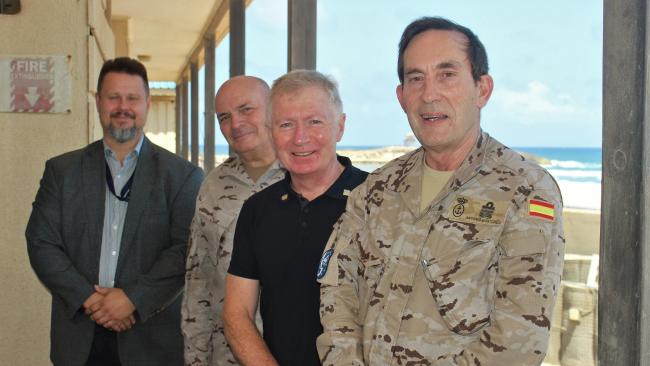 The European Union (EU) plays a significant role in supporting Somalia's efforts to become a peaceful, stable and democratic country by taking progressive ownership over its own national security. EU NAVFOR Somalia is one of three EU security and defence missions that the EU is contributing to capacity building within the Somali Security Sector. Learn more about our sister missions:

Located in Mogadishu, EUTM Somalia directly supports the growth of the Somali National Army through training, advising and mentoring activities. EUTM’S activities are carried out with the objective of contributing to the development of stability, prosperity and security in Somalia.
On 10 April 2010, the EU launched a military training mission (EUTM Somalia) in order to contribute to strengthening the Transitional Federal Government (TFG)

and the institutions of Somalia. Today, EUTM is on its sixth mandate, which focuses on maintaining both its training capability and its advisory activities aimed at building long-term capability within the Somali Ministry of Defense (MoD) and Somali National Army (SNA) General Staff.

EUCAP Somalia is also located in Mogadishu. With field offices in Garowe (Puntland) and Hargeisa (Somaliland), EUCAP Somalia is a civilian mission that works to enhance the country’s maritime civilian law enforcement capacity.  The mission supports federal and regional authorities in developing legislation, strengthening the criminal justice chain in the maritime domain and providing advice on policy to the Somali ministry of internal security and the Somali Police Force.

The Mission supports the development of coast guard and maritime police functions in and around the main Somali ports, and implements additional assistance to broader police development. The Mission (then EUCAP Nestor) launched in July 2012 to support countries in the Horn of Africa to develop maritime security. In December 2016, the Council of the European Union decided that the Mission will focus on Somalia, including Somaliland. In December 2018, EUCAP Somalia’s mandate was extended until the end of 2020 with a budget of 66.1 Million Euros. 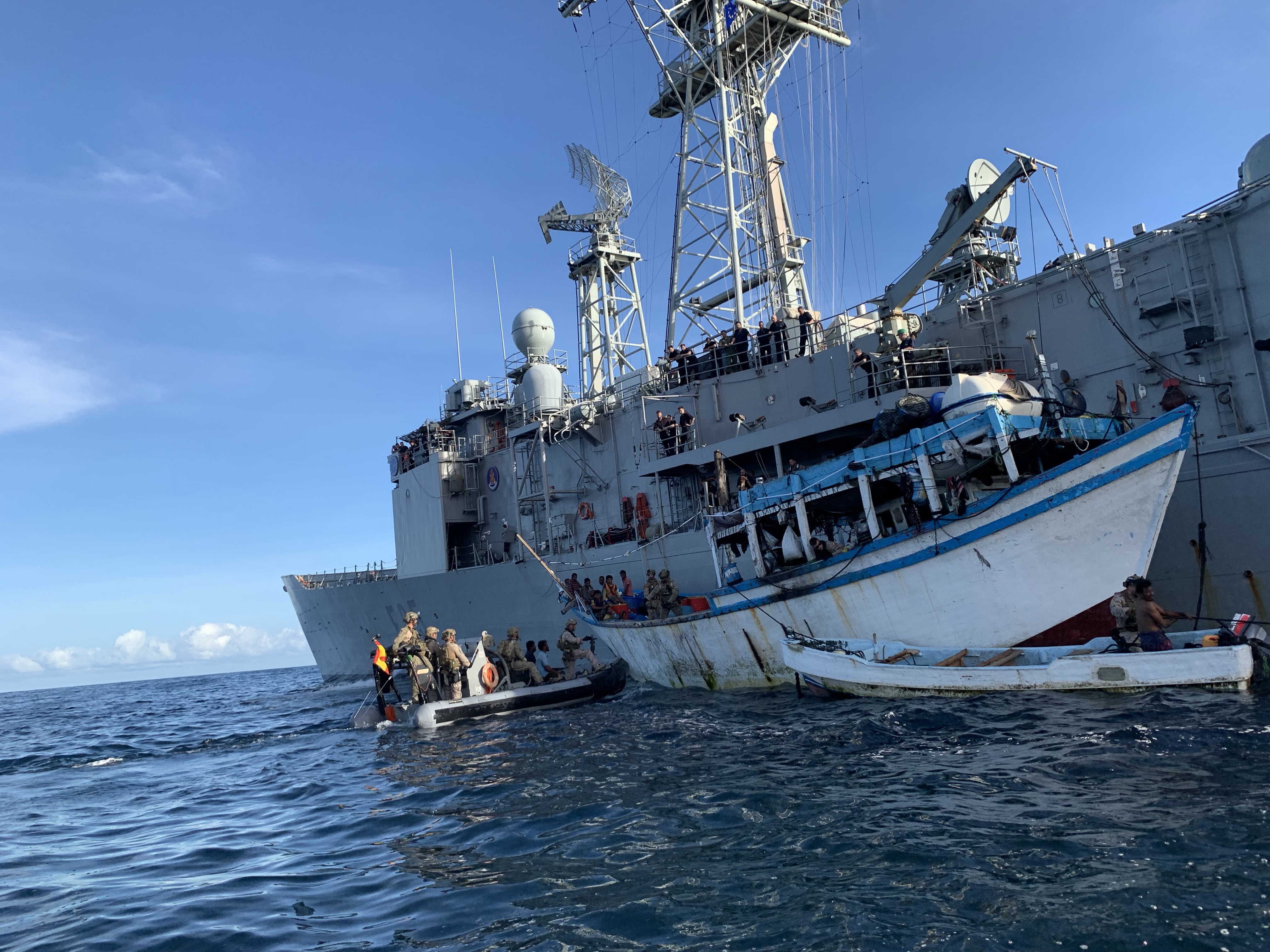 As part of its Integrated Approach to Somalia, the European Union (EU) launched the European Union Naval Force (EU NAVFOR) Somalia Operation ATALANTA in December 2008 to counter Somali-based piracy and armed robbery in the Western Indian Ocean. The mandate was developed within the framework of the European Common Security and Defence Policy (CSDP) and in accordance with relevant UN Security Council Resolutions (UNSCR) and International Law.

In co-operation with various counter-piracy partners, Operation ATALANTA has become highly effective in deterring, preventing and repressing acts of piracy and armed robbery off the coast of Somalia At the height of Somali piracy in 2011, Somali pirates held as many as 736 people and 32 ships hostage. This year, there has been just one piracy incident. On 23 April, pirates captured a Yemeni vessel off the coast of Somalia and held 23 passengers hostage. With the support of the PAST and EU NAVFOR’s various active assets in the region—including the frigate ESPS NAVARRA and MPRAs German JESTER and Spanish CISNE—Operation ATALANTA was able to control the situation and prevent any further imminent attacks.

In addition to deterring piracy, Operation ATALANTA fulfils complementary, mandated tasks, including monitoring fishing activity off the coast of Somalia, protecting vessels of the World Food Programme (WFP) and African Union Mission in Somalia (AMISOM), and supporting EU missions and international organisations working to strengthen maritime security and capacity in the region. 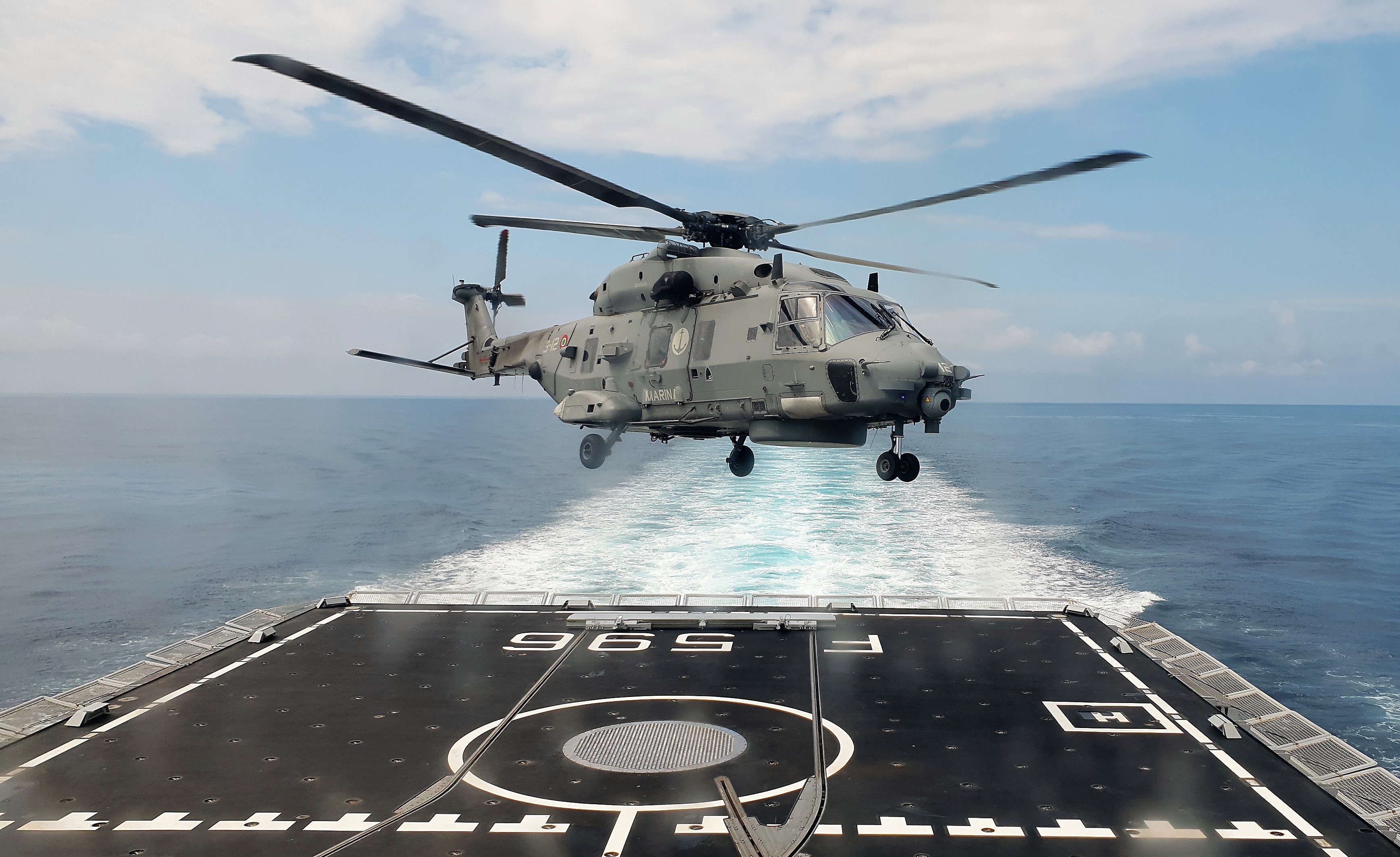 The EU is also committed to remaining an important partner of the African Union Mission in Somalia (AMISOM) and supports its current reconfiguration to align with the Somali Transition Plan. The EU is one of AMISOM's main financial contributors, having committed more than €1.73 billion for AMISOM from March 2007 to December 2018.

Over the past ten years, AMISOM enabled Somalia's considerable peacebuilding and state-building progress and it will continue to play an important role throughout the transition process, which should lead to the gradual hand-over of security responsibilities to the Somali security institutions, as laid down in the Transition Plan.