OPERATION COMMAND
The year 2022 began as busy as the previous year had ended, and the future of Operation Atalanta has remained a dominating topic, i.e. the extension or non-extension of the UNSC resolution 2608 (2021) on the fight against piracy and armed robbery at sea off the coast of Somalia beyond the 3rd of March 2022. 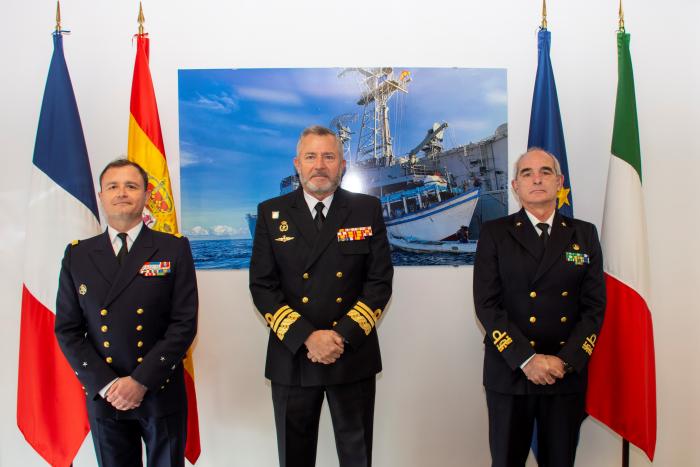 Marking the launch of the European Council Presidency of France, the French Ministry of Defence called for a Maritime Security Forum, which was held as a virtual event on 12th of January. The Operation Commander was invited as one of the panellists to speak about Atalanta’s experiences and the challenges the Operation is currently facing.

Rear Admiral Slaars arrived with good news and announced that France will commit more assets in Associated and Direct Support to Operation Atalanta during her EU Presidency. The French navy, which is a steady supporter to the Operation, will deploy additional seagoing units and maritime patrol aircraft under Operational Control (OPCON) of Atalanta. More importantly, the French units will be authorised to engage in counter narcotic activities in accordance with French national legislation and Operation Atalanta’s secondary executive tasks. Operation Atalanta has already requested the Politico-Security Committee to activate this task.

The Spanish Chief of Defence, Admiral General Teodoro Estaban López Calderón paid a visit to the OHQ of Operation Atalanta in Rota on 18th of January. Besides hosting the OHQ and being the largest troop contributor, Spain permanently provides a frigate and a maritime patrol aircraft.

The Director of Operations of the EU Military Staff, Brigadier General Bart Laurent, visited the Maritime Security Centre – Horn of Africa (MSCHOA) in Brest on 20th of January. He was introduced to the tasks and responsibilities of the MSCHOA, which is an integral part of Atalanta and essential for Maritime Awareness and Coordination, and the Operation’s day-to-day interface with the civilian shipping industry.

On 26th and 27th of January, the Operation Commander paid a visit to Brussels. He was invited to a plenary session of the EU Military Committee. After the Director of ISP (Integrated Approach for Security and Peace), Stefano Tomat, had briefed on the latest development related to the UNSCR 2608 (2021), the Operation Commander outlined the consequences of an extension or non-extension of UNSCR 2608, and described the options for these scenarios that are currently elaborated in the OHQ. Furthermore, he briefed on the current state of play regarding the implementation of the secondary executive tasks, and the relation to Operation Agenor.

On 27th of January, the Chair of the EU Military Committee, General Graziano, and the Operation Commander were invited by the Subcommittee on Security and Defence of the European Parliament’s (SEDE). Here as well, the main topics were the future of the Operation in light of UNSCR 2608 and the implementation of Atalanta’s secondary tasks.

Besides these events, the Operation Commander held meetings with the Military Representatives of France, Portugal, Serbia and Spain, which are significant troop contributors for the Operation.

Also in this month, the Operation Commander submitted the nomination of Captain Fabrizio Bondi (Italian Navy) for the position of Force Commander of the 40th Rotation to the Chair of the EU Military Committee.

FORCE COMMAND TF465
On 14th of January, the new Force Commander of the 39th Rotation, Commodore João Paulo Silva Pereira (Portuguese Navy), assumed his new position on board of the Spanish frigate Victoria. 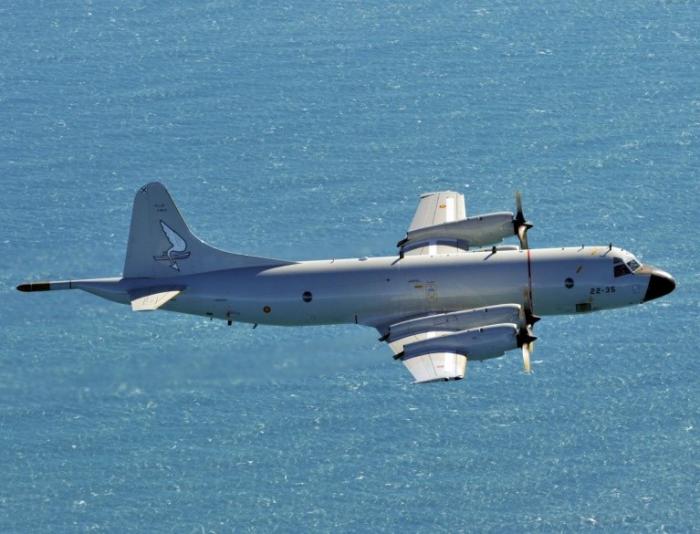 One of his first tasks was to preside over the Handover-Takeover ceremony from the 41st to the 42nd Spanish Airforce Detachment. The Maritime Patrol and Reconnaissance Aircraft Orion P-3 is a proven but aging workhorse of Operation Atalanta and key for the surveillance of the vast Area of Operation. Without it, Atalanta could hardly fulfil its monitoring tasks. 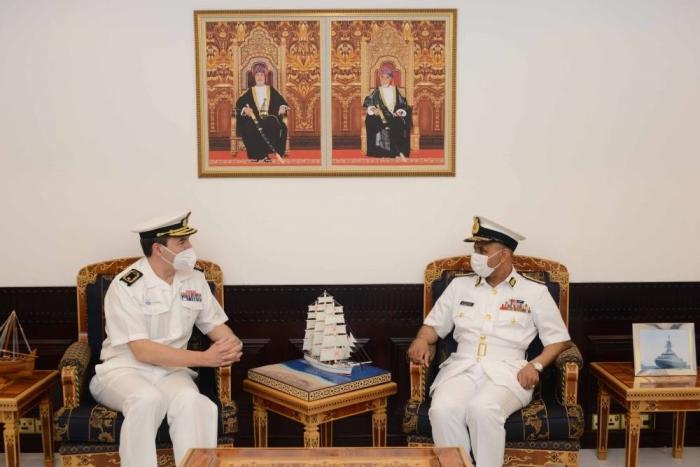 The Force Commander’s first key leader engagements took place during a port visit to Muscat from 23rd to 27th of January. He was very well received by the Chief of Staff of the Omani Armed Forces, Vice Admiral Abdullah bin Khamis Al Raisi, the Commander of the Royal Navy of Oman, Rear Admiral Saif Nasser Al Rahbi, and the Assistant Police of the Omani Coast Guard Command, Colonel Abdulaziz Al-Jabri. During the meetings, Commodore Pereira informed his hosts about Atalanta’s current state of affairs, and topics of mutual interest were discussed. The Omani side appreciated the good relations with Operation Atalanta and expressed the wish to enhance the cooperation. The relations to Oman have intensified since the visit of an Omani delegation to Atalanta’s OHQ in Rota in September 2021, headed by the Chief of the Maritime Security Centre in Muscat, Commodore Mohamed Hamoud Al Zadjali.

On the occasion of the visit of the Africa Director of the French Ministry of Foreign Affairs on 24th of January, the Head of the EU Delegation to Somalia called for a hybrid meeting of the Heads of Mission of EU Member States and EU CSDP Missions who are accredited or operating in Somalia. The Chief of Staff of EUNAVFOR’s Force Command delivered a briefing on the current activities.

On 30th of January, Operation Atalanta launched “FO Arctic Tern”, the first Focussed Operation of the year, which is centred on the Somali Federal State of Puntland. During “Arctic Tern” Operation Atalanta will monitor the northeast coast of Somalia, gather information with regard to Illegal Unreported and Unregulated (IUU) fishing, and hold engagements with local security actors, for instance with the Commander of the Bosaso Port Police Unit.

In January 2022, 16 EU Member States and two EU membership aspirant countries, Montenegro and Serbia, contributed personnel to Operation Atalanta. Beside the Force Command flagship, the Spanish frigate ESPS Victoria, and the MPRA CISNE, these assets have temporarily reinforced the Operation in Direct Support, i.e. under control of the Force Commander, or in Associated Support, when the asset remains under national command: 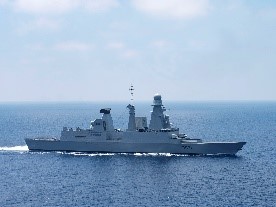 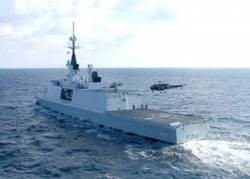 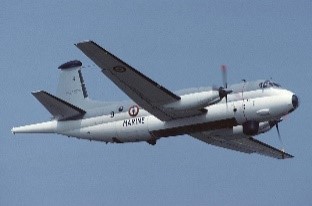 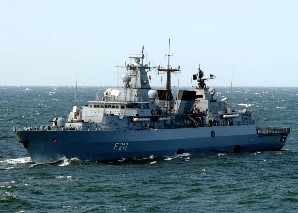 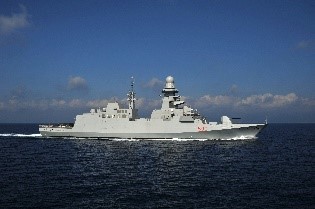 In preparation of the 49th SHADE Plenary scheduled for 2nd of February, the Working Groups on Counter-Piracy (CPWG) and Maritime Security (MSWG) held virtual meetings on 13th January, which were influenced by debates about the future of the High-Risk Area (HRA) along the Somali coast and the process initiated by UNSCR 2608. Around 70 attendees joined the sessions, including representatives of China, the Yemeni Coast Guard, of the Shipping Industry, private security providers, and the WFP.

Operation Atalanta continued its engagement in international and regional fora that are rooted in the common fight against piracy in the western Indian Ocean but have evolved over time to platforms dedicated to wider maritime security issues. On 27th of January, the Operation participated in the 24th Plenary of the Contact Group on Piracy off the Coast of Somalia (CGPCS) in Nairobi. Operation Atalanta’s Chief of Staff presented on behalf of the Operation Commander an update about the current challenges in the region and to the operation. The CGPSC gathers international and regional states and organisations that fight piracy and like Operation Atalanta, the CGPCS is affected by Somalia’s objection against its mention in relation to piracy. Hence, it is facing a similar challenge of refocusing its activities away from counter-piracy towards maritime crime and security. During preceding sessions of the CGPCS Steering and Planning Group in December 2021, the participants debated lively possible future directions, and a proposal for the Plenary was prepared. The Plenary in its preliminary communique, however, could not agree even on the future name of the Contact Group, since the participants had a different understanding of ‘maritime security’ vs. ‘maritime crime’. The chairing country Kenya and the Indian Ocean Commission as secretariat promised to incorporate all positions, which are to be presented during the next Plenary planned for December.