Operation Atalanta’s first counter-narcotic interception
On 21st of March, the French navy’s LHD Mistral and frigate Courbet seized four tons of cannabis and 90 kilograms of heroin on a stateless dhow. The interception occurred during a regular EUNAVFOR Somalia counter-piracy patrol to protect vessels transiting off the Horn of Africa and the Western Indian Ocean. Both vessels from the French navy’s Jeanne d´Arc 22 Mission participated in Direct Support in Operation ATALANTA. 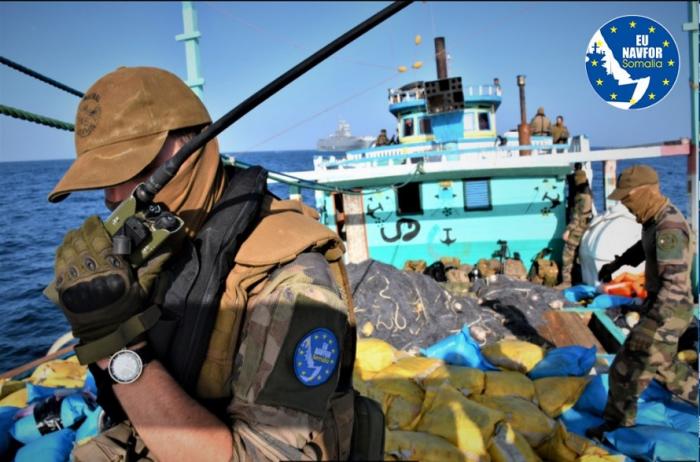 After the Political and Security Committee of the European Union had activated this secondary executive task only in February, this is the first time that EUNAVFOR Somalia Operation ATALANTA has taken action against drug trafficking.

The commitment of the contributing countries to Atalanta, such as France in this case, allows the Operation to have a wider scope and to expand its operational means and capabilities in accordance with its mandate. This success demonstrates that Operation ATALANTA is able to carry out this fight against illegal trafficking in addition to its core tasks.

Since the expiry of UNSC resolution 2608 (2021) on 3rd of March 2022, Operation ATALANTA is no longer permitted to operate in Somali territorial waters and airspace, unless an agreement would be reached with the Federal Government of Somalia.

Already on 6th of March, Operation ATALANTA received a request from the Somali Federal Member State of Puntland’s Police Force to intercept a Yemeni fishing boat. Local fishermen and divers had boarded the boat off the coast of the peninsula of Haafuun and taken it to Garacad, a former pirates’ stronghold. On 16th of March, the Federal Ministry for Ports and Maritime Transport of Somalia sent a formal letter to Operation ATALANTA requesting to escort two tugboats from Djibouti to Mogadishu. In both cases, which point at some disagreeance within Somali authorities, the Operation expressed its readiness and willingness to assist, if the Federal Government would give its timely permission to operate in territorial waters. 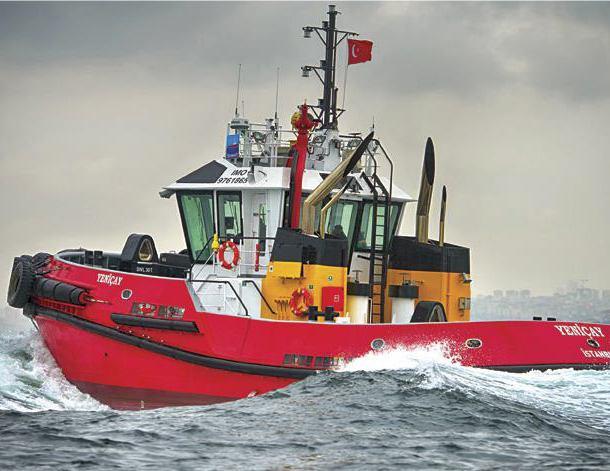 From 16th to 17th March, the OpCdr paid an official visit to Djibouti. He held meetings with the representatives of the Djiboutian authorities, EU Delegation, EU member States, military partners and ATALANTA elements. He met the Director General of National Security of Djibouti who expressed his appreciation for Operation ATALANTA, and who he awarded the EU CSDP medal on behalf of EU HR/VP Borrell. On the military side, the OpCdr discussed the regional security situation with the Deputy Commander of the US Combined Joint Task Force Horn of Africa (CJTF-HoA) and the Commanding Officer of the Japanese base.

The Support Element ATALANTA (SEA) and the ESP Orion P-3 detachment updated the OpCdr about the local state of affairs and the impact of the UNSCR expiry on the quality of Intel products.

It was an excellent opportunity of reassuring all the parties on ATALANTA’S future and gathering support from relevant partners in Djibouti. The Head of EUD and the French ambassador recommended approaching the Djiboutian authorities to lobby ATALANTA’s position to the Federal Government of Somalia. The HoEUD suggested also considering ATALANTA’s participation in the EU – Djibouti Political Dialogue on 6th of April.

Also on 16th of March, the Chief of Staff briefed the Politico-Military Group (PMG) in detail about the short and mid-term consequences of the expiry of UNSCR 2608. ATALANTA is no longer be able to deploy an Autonomous Vessel Protection Detachment (AVPD) on board of WFP chartered vessel that deliver humanitarian aid to Somalia. In its remaining wide Area of Operations, however, ATALANTA will continue to fulfil its missions, providing Maritime Security in the Western Indian Ocean.

On 17th of March, the Chief of Staff attended the Force Generation Conference, during which the Troop Contributing Countries renewed their commitment, showing their trust in the Operation.

From 28th to 30th of March, ATALANTA’s Deputy Commander and Chief of Staff travelled to Bahrain and Abu Dhabi for meetings with the Deputy Commanders of the United States Naval Forces Central Command (NAVCENT), Combined Maritime Forces (CMF), and the OpCdr and FCdr of EMASOH – Operation AGENOR. Topics discussed were the current and future cooperation and ways to enhance coordination and exchange of classified information. 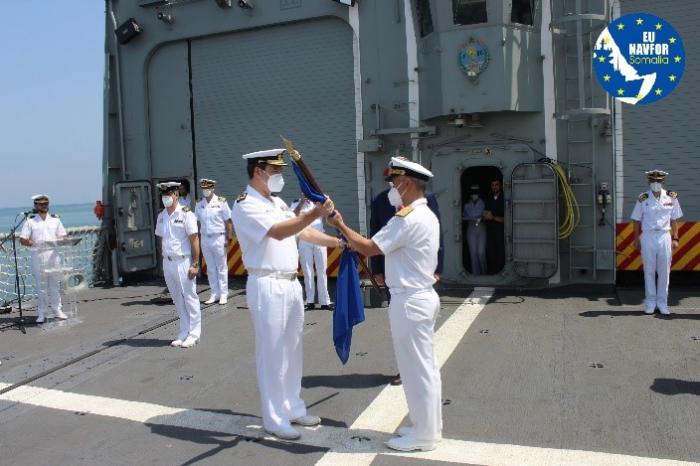 During his visit to Djibouti from 16th to 17th of March, the OpCdr presided the handover-takeover ceremony from the 39th to the 40th Rotation. The Italian Rear Admiral Fabrizio Bondi relieved in command the Portuguese Commodore Joao Pereira. At the same time, the flagship function changed from ESPS Canarias to ITS Bergamini. The ceremony was also attended by the Commanding Officers of five French navy vessels that were or are supporting Operation ATALANTA. 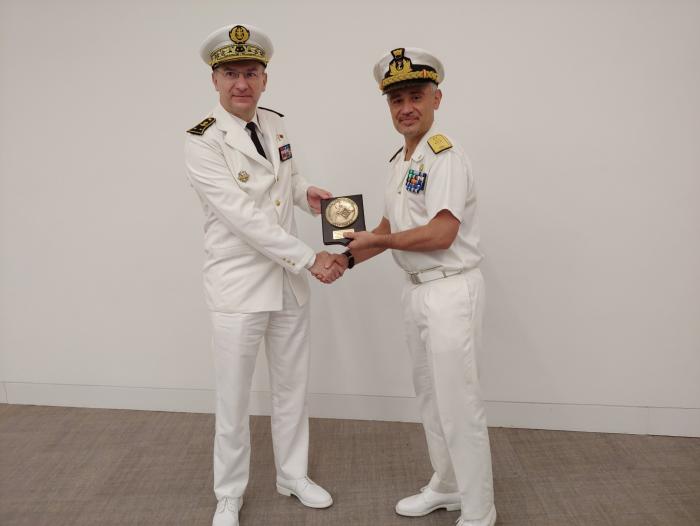 On 22nd of March, Rear Admiral Bondi met Rear Admiral Fayard, Operation Commander of the EU Member State-led EMASOH Operation AGENOR. They discussed ways of increasing the effective cooperation to achieve a better Maritime Situational Awareness in the respective Areas of Operations. The mutual support provided by respective naval assets in the last period was taken as an example to follow in the future. 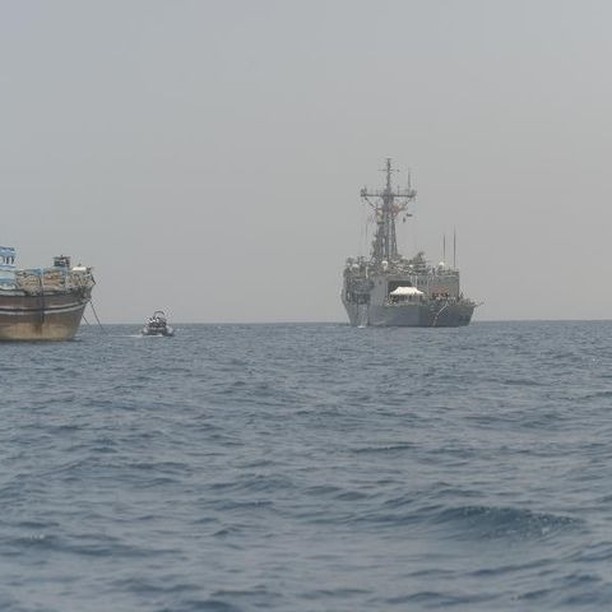 On 25th of March, ESPS Canarias completed the transfer of the dhow Al Houssam FI to the Somali port of Bosaso (Somali Federal State of Puntland), after towing her for 18 hours. During a friendly from the boat approach, the crew of Canarias learned that the dhow has been without propulsion and communications for two days. After coordination with the operation command, which involved also the Field Office of the CSDP sister mission EUCAP-Somalia in Garowe, it was decided to tow the Al Houssam FI to Bosaso, where the local port police took her over for the last couple of hundred meters.

Under the UN Convention Law of the Sea (UNCLOS) and the International Convention for Safety Of Life At Sea (SOLAS) the Canarias was obliged to render assistance to the dhow, and thus allowed to enter Somali territorial waters.

Beside the Force Command flagship, the Spanish frigate ESPS Canarias succeeded by ITS Bergamini on 17th of March, and the Maritime Patrol and Reconnaissance Aircraft CISNE, these assets have temporarily reinforced the Operation in Direct Support, i.e. under control of the Force Commander, or in Associated Support, when the asset remains under national command: 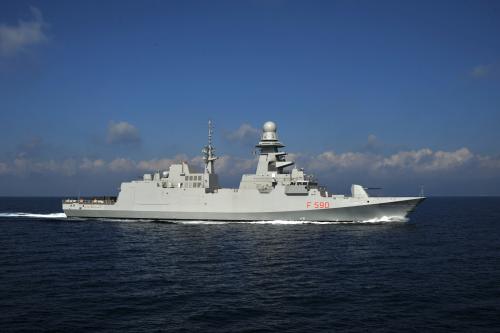 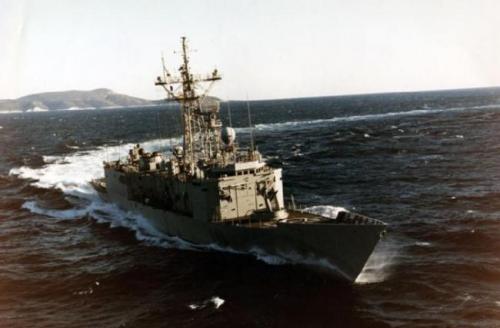 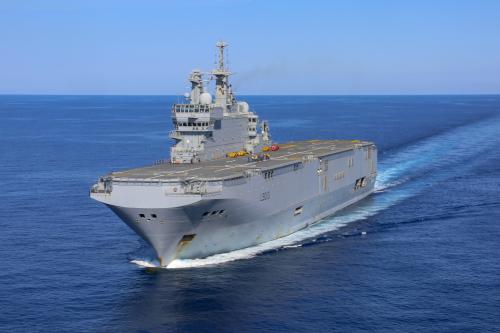 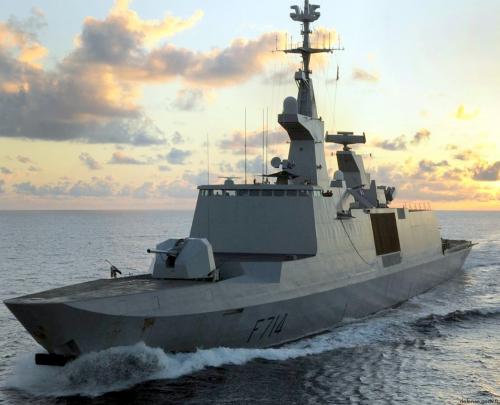 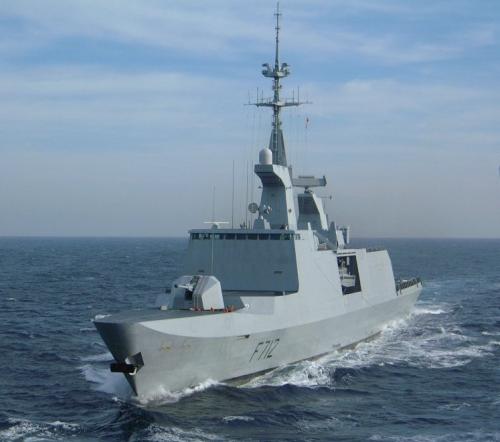 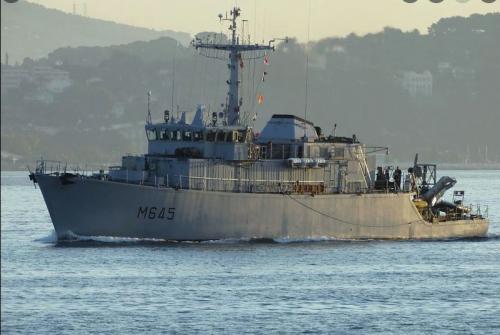 Our OHQ celebrated with the representative of our contributing nation Greece the Greek Independence Day on 25th of March, which commemorates the begin of the Greek Revolution of 1821. The commitment of contributing states is paramount for the good success of Atalanta in the way ahead and we can only have words of gratitude towards their professionalism and engagement.

In order to advance Operation ATALANTA’s regional network of partners, its Legal Advisor participated in a meeting of the Southern Route Partnership (SRP) of the Indian Ocean Forum on Maritime Crime (IOFMC), which was convened by the Global Maritime Crime Programme of UNODC in Dar es Salaam on 15th and 16th of March. The SRP is a contact group for national drug enforcement agencies, donors, international organizations and partner agencies to improve coordination and collaboration on counter-narcotics initiatives targeting drug trafficking on the Southern Route.

In the same vein, ATALANTA’s Political Advisor based in Nairobi attended a meeting of the ministers from Mozambique, Tanzania and South Africa, who are responsible for maritime law enforcement, in Johannesburg on 29th of March.

Advancing the completion of a Legal Finish regarding the implementation of ATALANTA’s secondary executive tasks, the Operation’s Legal Advisor took part in a Technical Meeting in the Seychelles from 27th of March to 1st of April.